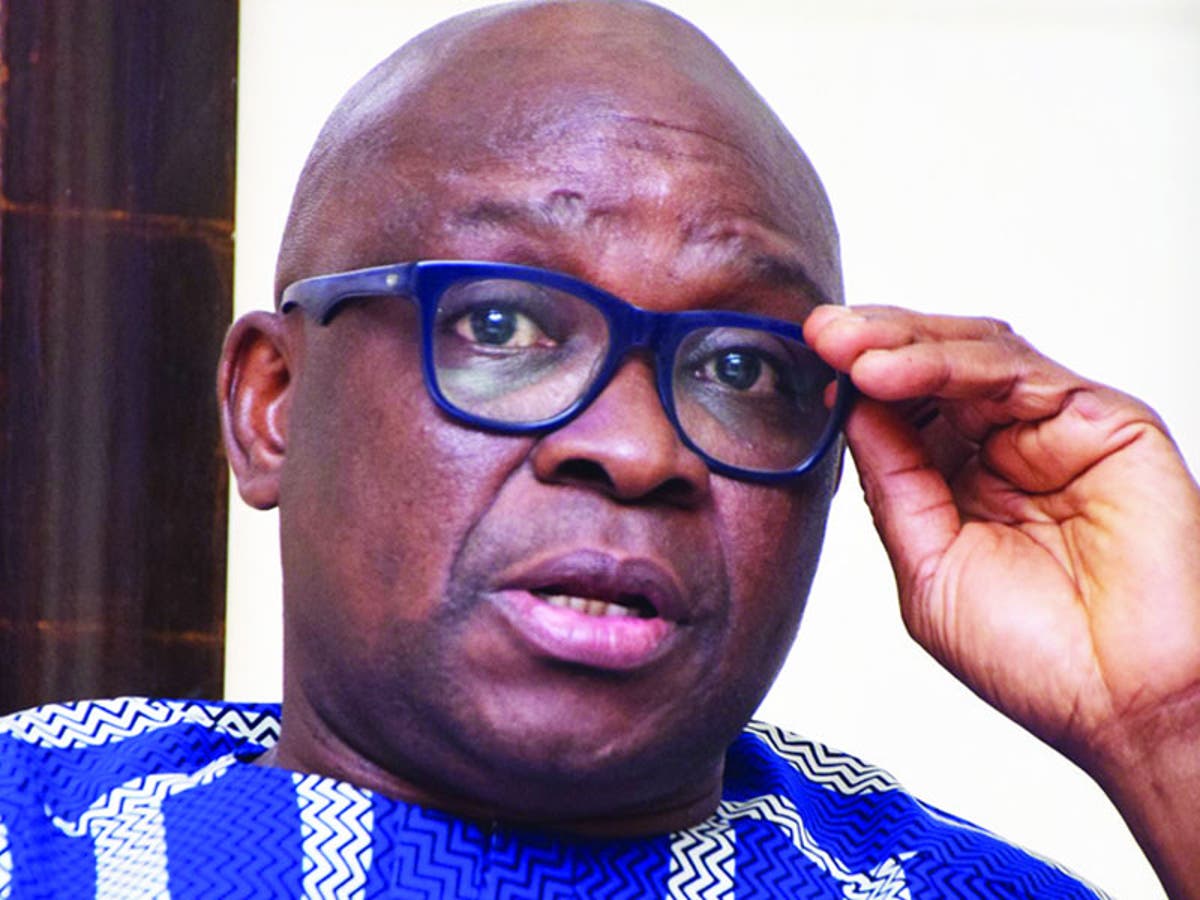 MOUTHPIECE NGR can report that the Former Ekiti Governor Ayodele Fayose has been arraigned before a High Court sitting in Ado-Ekiti, the state capital on Tuesday.

Fayose was arraigned before the Court for his alleged inability to offset N900m he owed his former Attorney General and Commissioner for Justice, Mr. Owoseni Ajayi as legal fee.

Ajayi was Fayose’s Attorney-General and Justice Commissioner during his first and second terms as Governor of Ekiti State from 2003 to 2006 and from 2014 to 2017.

In the case brought before the court with registration number HAD/113/2018, the ex-Attorney-General claimed he handled a total of 18 cases through his law firm for Fayose with each costing N50m as a professional fee, which he alleged was not paid.

He said those cases were prosecuted for Fayose between 2006 and 2014, which bordered on his impeachment in 2006 and the corruption case filed against him by the Economic and Financial Crimes Commission, EFCC, among others.

Fayose, in his preliminary objection urge the court to dismiss the case on ground that it was statuted-barred, improperly constituted and the claimant failed to comply with the conditions precedent.

The former Governor, while being cross-examined, described himself as a full-time politician, and he admitted to his statement on oath of April 16, 2019, that the suit was ill-conceived and lacks legal validity.

Speaking on his relationship with the former AG, Fayose said; “Yes, I knew him, he did some few works for me. Between 2006 and 2017, he was working with me and also keeping documents for me.”

Justice Olukayode Ogundana adjourned the case to December 13,  when parties are expected to adopt their final replies and written addresses.