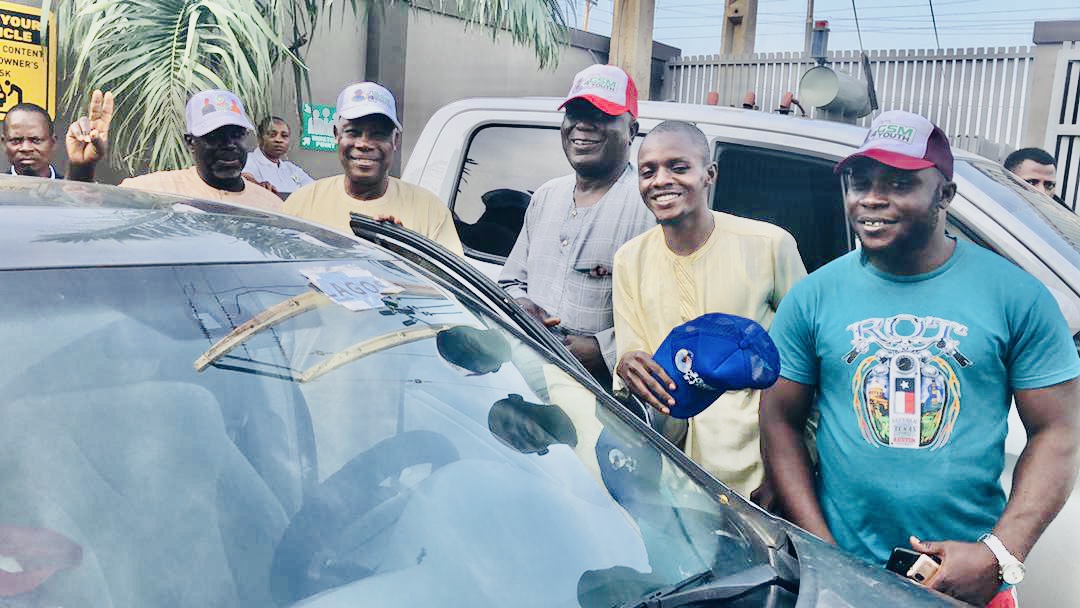 Hassan Ismail Odejide, the chairman of the People’s Democratic Party (PDP), in Irepo local government, has expressed his gratitude to Governor Seyi Makinde for the car gift and prayed that he would continue to enjoy the support of the entire community of Irepo local government and the the state at large.

While presenting the car to him on Wednesday in Oyo town, the council boss equally thanked Barrister Abdul raheem Adebayo Lawal, the deputy governor of Oyo state, for his support in making sure he is one of the beneficiaries of the first 15 cars distributed across the 33 local government, saying that without his support, he may not have been among the first beneficiaries.

When asked about his plans and strategies for the upcoming general elections for the re-election of governor Seyi Makinde, he responded that since barrister Lawal was appointed, about 90% of the population in Kishi is prepared to vote for Makinde in return.

The campaign coordinator for Governor Seyi Makinde’s re-election in Irepo LG, Hon. Tunde Taoheed Olayiwola, expressed his happiness with the opportunity while claiming that the council leader was unable to receive the car gift in 2019.

He praised Lawal as a good representative of Kishi and the person that other politicians rally around, saying that Lawal is his boss and that via the use of his influence, it was possible for them to receive the car gift.

According to him, “Kishi is quite far to Ibadan, and the car that we’re firstly allocated is just 15, but our boss, Barrister Lawal made it feasible for us to be among the recipients.

“We decided it would be appropriate to show the car to our leader first and express our gratitude before taking it to Kishi.”

He prayed God to continue to strengthen the governor and his deputy and promised to deliver all candidates of the party in the upcoming general elections in 2023.

When asked if he had also received the campaign bus the governor had promised to deliver to all coordinators throughout the 33 legal governments, Olayiwola responded that he’s still waiting for it.