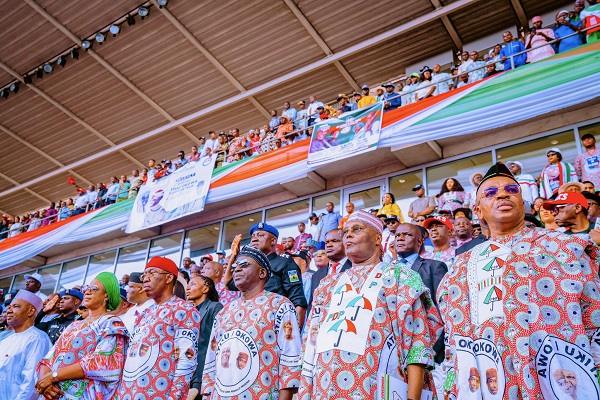 The Peoples Democratic Party (PDP) yesterday kicked off its campaign for the next year’s presidential election in Uyo, Akwa Ibom State, without the presence of Rivers State Governor Nyesom Wike and members of his camp.

They have peeved with Atiku and PDP leadership for not keeping to the principle of equity by allowing the PDP National Chairman, Iyorchia Ayu to remain in office in contravention of the party’s constitution.

The flag-off of the campaign at the Godswill Akpabio Stadium in Uyo, Akwa Ibom State, however, was witnessed by Ayu; the presidential candidate Atiku Abubakar; his running mate, Ifeanyi Okowa and three former Senate Presidents — David Mark, Anyim Pius Anyim and Bukola Saraki.