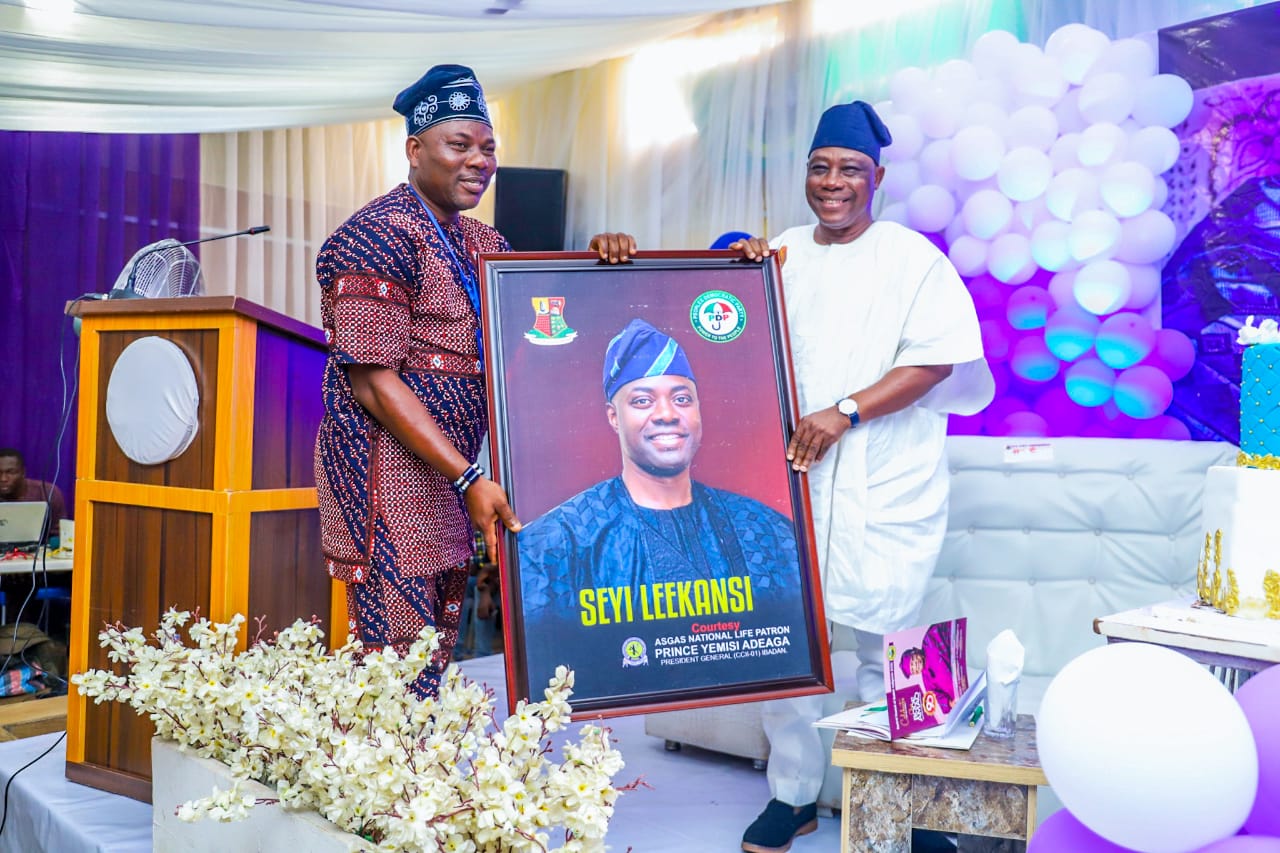 Lawal, a longtime friend of Prince Oluyemisi Adetayo Adeaga, the current president of CCII and chief host of the event, looked stunning in his white elegant hesiki with a black to match cap, as he entered the hall to take in the ambience and splendor from members of the association. He then kneeled before Senator Rashidi Ladoja, who was standing to honor him.

The CCII members adorned in different shades of materials and Adire attires, oozing great styles, but with touches of purple and vanilla, were pleased to see the deputy governor including Mr. Adelabu Penkelemes, a former deputy governor of the Central Bank and governorship candidate of the Accord party, who bowed before him to show his respect.

As the event’s chairman, Senator Rashidi LADOJA expressed his happiness to be present at the program and assured the audience of Governor Makinde’s administration’s commitment to Ibadan’s development, adding that the palace ongoing construction would be completed before the end of his administration.

He praised Chief Bode Amao, the celebrant and Asiwaju of Ibadan Land, for championing the construction of Ibadan House at Oke-Aremo in Ibadan and for defending the rights of indigenous Ibadan people both at home and abroad.

Ladoja added that the celebrant donated a Crèche building to the University of Ibadan and single handedly built the first structure at the permanent site of the university of Ibadan as well the donation of Onila Hall and lately donated an Event Centre named J& C events centre to the Oluyole Chesire Home in Ibadan for the benefits of less privileged children.

The event, attended by a mammoth crown also featured a birthday cake cutting before a frame endorsing Governor Seyi Makinde for a second term was presented to the deputy Governor, Bayo Lawal.

While speaking, the deputy governor, Bayo Lawal, thanked God for His favor on the celebrant, stating that he is a businessman and a disciplinarian who has had a significant impact on the development of Ibadan land.

He praised the people of Ibadan for their tolerance and tasked them to make the most of their population, saying that everyone should all support Oyo State’s efforts to create a state from Ibadan.

Lawal specifically complimented senator LADOJA for his efforts to advance Ibadanland while describing the Oyo state government’s efforts to increase the security of Ibadan land, which has earned the praise of many.

He continued by saying that the Amotekun had also been parading up and down the streets to make sure that Ibadan and other areas of the state were secure and free from the mischief of criminals who like to hide out in the growing darkness.

“We need to revitalize our environment and community by utilizing the area’s population for profit, much like how the current administration has attempted to develop Ajooda and build roads in Ladoja’s GRA, among other things.”

While urging the people of Oyo State to support the government’s efforts in environmental sanitation, he made a suggestion that in a few weeks there would be a template for proper proper refuse dumping so that everyone may live in a safe environment.

He centered his argument on the necessity of discipline to maintain law and order when he served in acting capacity.

“If you observe anything to promote and advance the state, our administration is opened for suggestion”, he concluded.