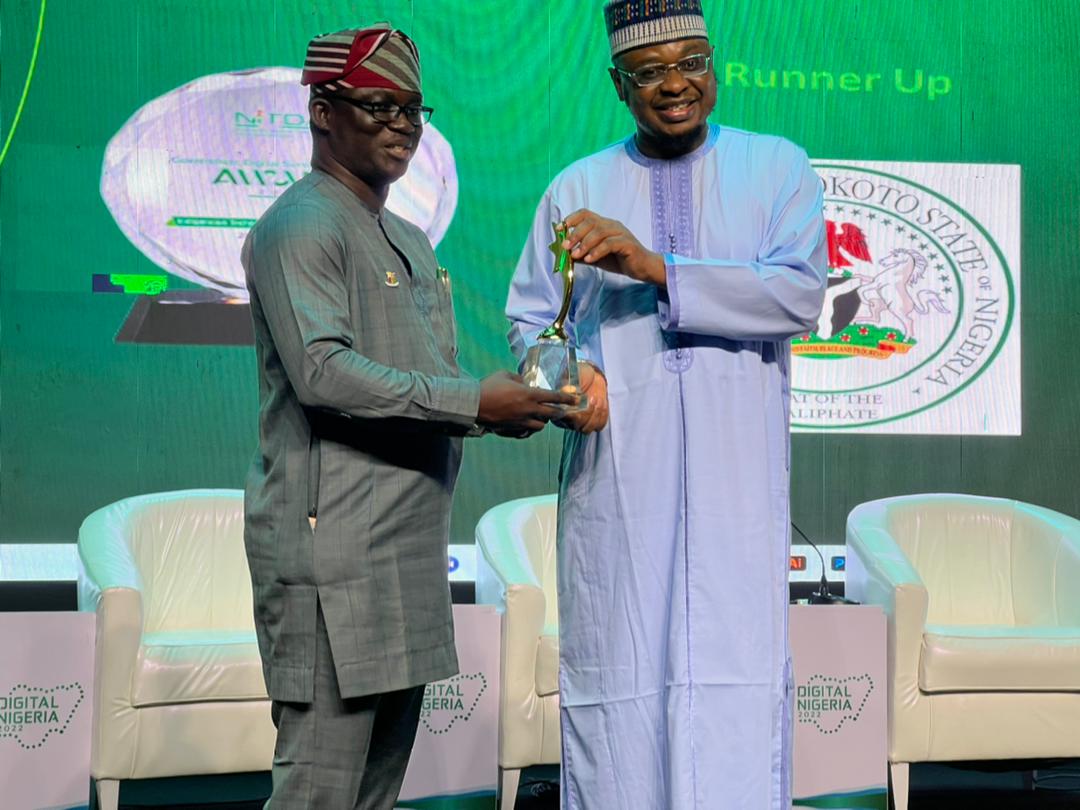 Oyo state has bagged the award of the most Information Technology (IT) compliant state among the 36 states of the federation.

This is consequent upon Oyo state’s emergence as the most IT Compliant in Nigeria at the ongoing Digital Nigeria 2022 organized by the National Information Technology Development Agency (NITDA).

The award was presented to Oyo state Governor, Seyi Makinde, who was represented by the Director-General of Oyo state Liaison Office, Abuja and Lagos. Comrade Wale Ajani in Abuja Wednesday evening.

The award was presented to Governor Makinde by the Federal Government through the Honourable Minister of Communications and Digital Economy, Professor Isa Ali Pantami.

Confirming the development to westernmirror news, Ajani said Makinde’s investment in the Information Communication Technology (ICT) sector has just been validated as the best in the country by the federal government of Nigeria.

“Nobody except noisemakers in the opposition parties in Oyo state will attempt to fault Governor Makinde’s record breaking achievements in the ICT sector as an economic expansion enabler.

“The award is a testament that regardless what the detractors think or say or are even saying in Oyo state, the state government under the leadership of Governor Makinde is not only getting things rightly but also aligning with the agenda of the government of the federation in term of digital economy.

“It is often said that ICT is the new global oil and goldmine and with what has happened tonight I can tell you that Governor Seyi Makinde has already strategically positioned Oyo state to fully key into the global digital economy for maximum gains.

“This is just to confirm what has happened tonight right here in Abuja, I’ll keep you posted as more developments unfold.” Ajani said.

The Governor’s aide also said that Oyo state will also be hosting the 10th annual National Council on Communications and Digital Economy from 5th – 9th of December, 2022.