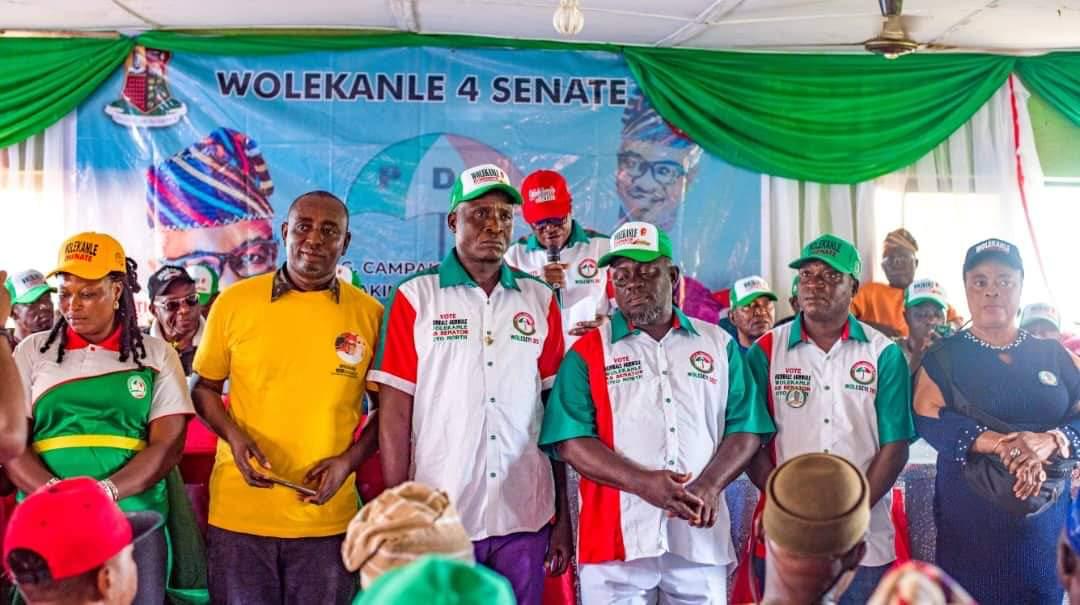 Recall that few weeks ago, MOUTHPIECE NGR reliably gathered that Hon. Wolekanle has released an exclusive Senatorial Campaign Council which is headed by Hon Oyinloye.

At the inauguration which was held in Iseyin had distinguished party leaders in attendance and was anchored by the PDP Public Secretary Engr. Akeem Olatunji.

In his remarks, Alhaji Abidemi Musiliu music urged members if the committee to be faithful and loyal to the course for which they’ve been selected, adding that they have to work harder for Hon. Wolekanle to ensure winning for him and all PDP candidates at polls.

Chief Adetoro, Asiwaju of Igbeti land praised His Excellency Gov Seyi Makinde, His Deputy Barr. Bayo Lawal and Sen. Ayoola Halleluyah for their leadership acumen displayed thus far. He noted the need to work for all PDP candidates without any favoritism. He prayed for emergence of the incoming Senator Wolekanle at the polls come 2023.

In his words, Chief Bankole sent his greetings to His Excellency Gov. Seyi Makinde and commended the incoming Senator for his thoughtfulness, adding that if all members of the campaign council work harder, winning is imminent at the polls.

The distinguished Sen. Ayoola Halleluyah, in his address on behalf of the governor, shed more light on the crisis ravaging the PDP as a party at the national level. He noted that it’s such a erroneous belief to think Makinde wouldn’t support Atiku presidential bid come 2023.

While addressing the attendees, Hon. Akinwale Akinwole Wolekanle appreciated all leaders present at such an epoch making event. He implored all members of the council to work hard and collectively for the success at the polls.