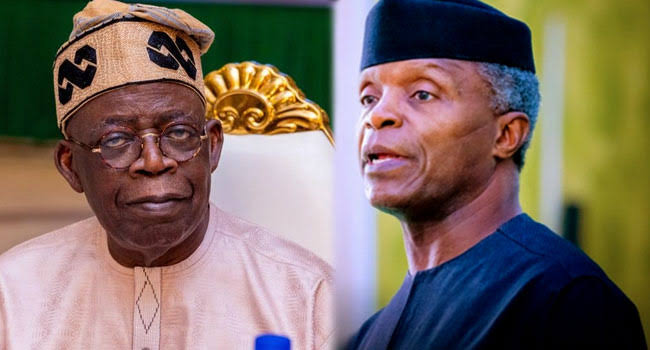 The presidential candidate of the All Progressives Congress (APC), Asiwaju Bola Tinubu, has finally spoken on his rift with Vice President Yemi Osinbajo during the build up to the party’s Presidential Primaries.

The Popular Lagos politician, while addressing one of Osinbajo’s support groups in Kano, disclosed that his quarrel with the VP was over.

“I have nothing against him. I’ve been to his house after the primaries. I saw him on the day of the goodwill message at the retreat organised by the president.”

“If you cannot give forgiveness, how are you asking from Allah? To me, it is over.”

Recall that Osinbajo reportedly fell out with Tinubu when the former opted to contest for the party’s Presidential Primaries against the latter and several others.

The move was widely regarded as an act of ‘Betrayal’ as many believe Osinbajo should not have even thrown his hat in the ring.