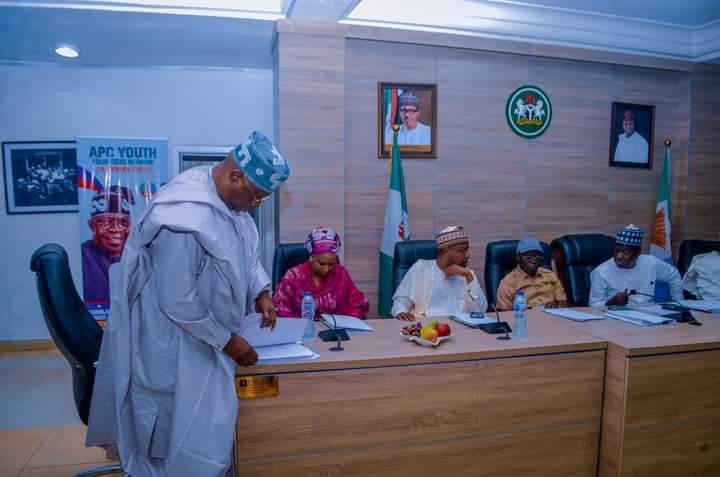 Ahead of take off of presidential campaign, a tripartite meeting of the National Working Committee (NWC) of the ruling All Progressives Congress (APC), the Progressive Governors’ Forum (PGF) and the Presidential Campaign Council (PCC) is on going at the National Secretariat of the party.

The meeting, which is at the instance of the Senator Abdullahi Adamu-led NWC, is to discuss among other things the party’s campaign programme.

The Director-General of the PCC Governor Simon Lalong led the team of the Governors on behalf of the PGF Chairman, Atiku Bagudu of Kebbi State who was absent.