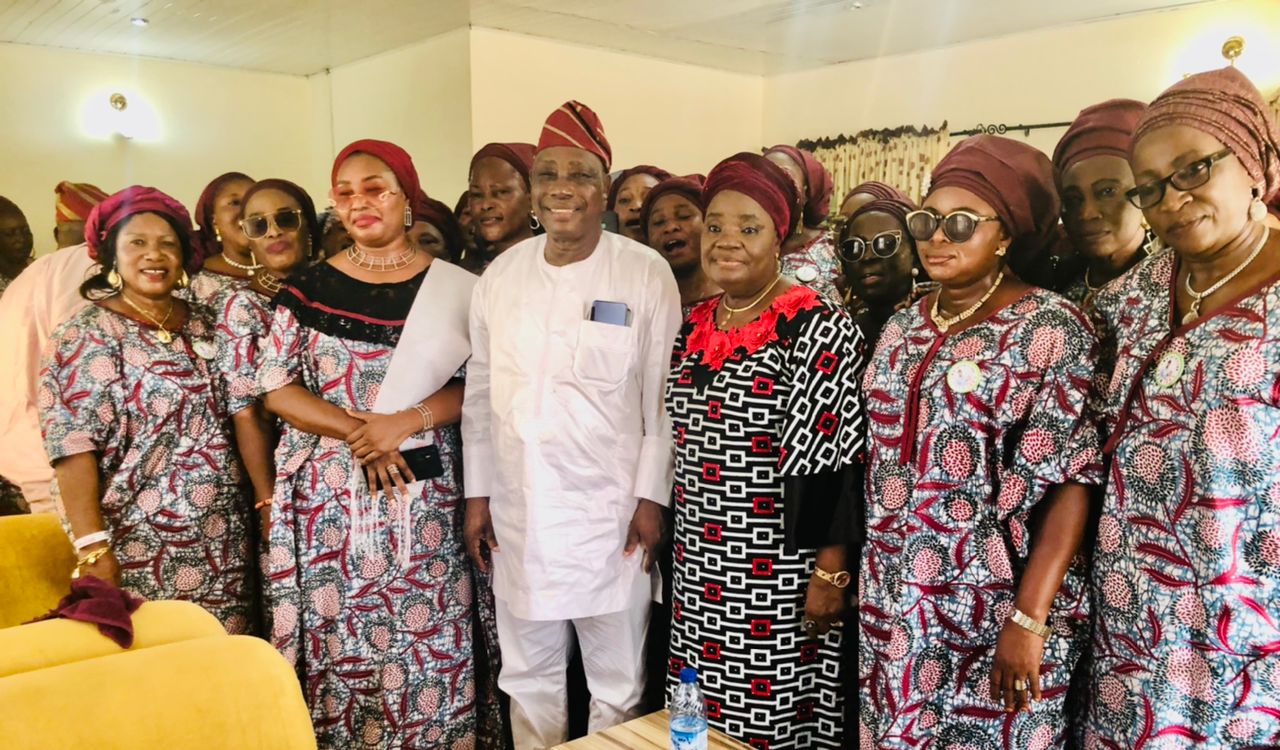 On Saturday, women from various political movements swarmed into the Kishi home of Barrister Adebayo Abdul-raheem Lawal, the deputy governor of Oyo state, to congratulate his wife, Mrs. Ajibola Lawal, on her husband’s recent appointment.

Ajibola Lawal, who was taken aback by their enormous throng, was unable to contain her happiness and danced alongside them while giving them an affectionate embrace.

Recall that MOUTHPIECE NGR had on Thursday reported that the town was agog with jubilation as the crowd of kinsmen and associates of the Aare Bamofin of Kishi land sang and danced from the entrance gate, where they had waited for them, to their house.

They were seen chanting different songs full of praises and prayers for the deputy governor and his beautiful wife, Ajibola Lawal.

A section of the women wings that felicitated with Ajibola Lawal was the women mobilizer for Governor Seyi Makinde’s 2023 re-election bid, Hon. Toyin Balogun who led about 50 women from various local governments for the civic reception organized by Kishi Progressive Union in celebration of Barrister Bayo Lawal’s appointment.

Arulogun, who is a Federal Reps’ aspirant from Ibadan North, said there is no any administration that is as good as the Makinde led administration in-terms of female inclusion in politics.

In her remarks, the wife of the acting Governor, Chief Ajibola Lawal thanked the various group for their visit before holding a closed door meeting with them.

She said if Oyo state can produce such vibrant and quintessential amazons in the likes of those occupying various seat in Governor Makinde’s government, then you can understand that there is no limit to what we can achieve given the necessary support and encouragement.”

Irepo women leaders were also among the women mobilizers that met with her including Yeye Adenike Remi-Olarinde, a Frontier Atiku Ambassadors in the Southwest and cordinator for Atiku Support Organization Women Wings.