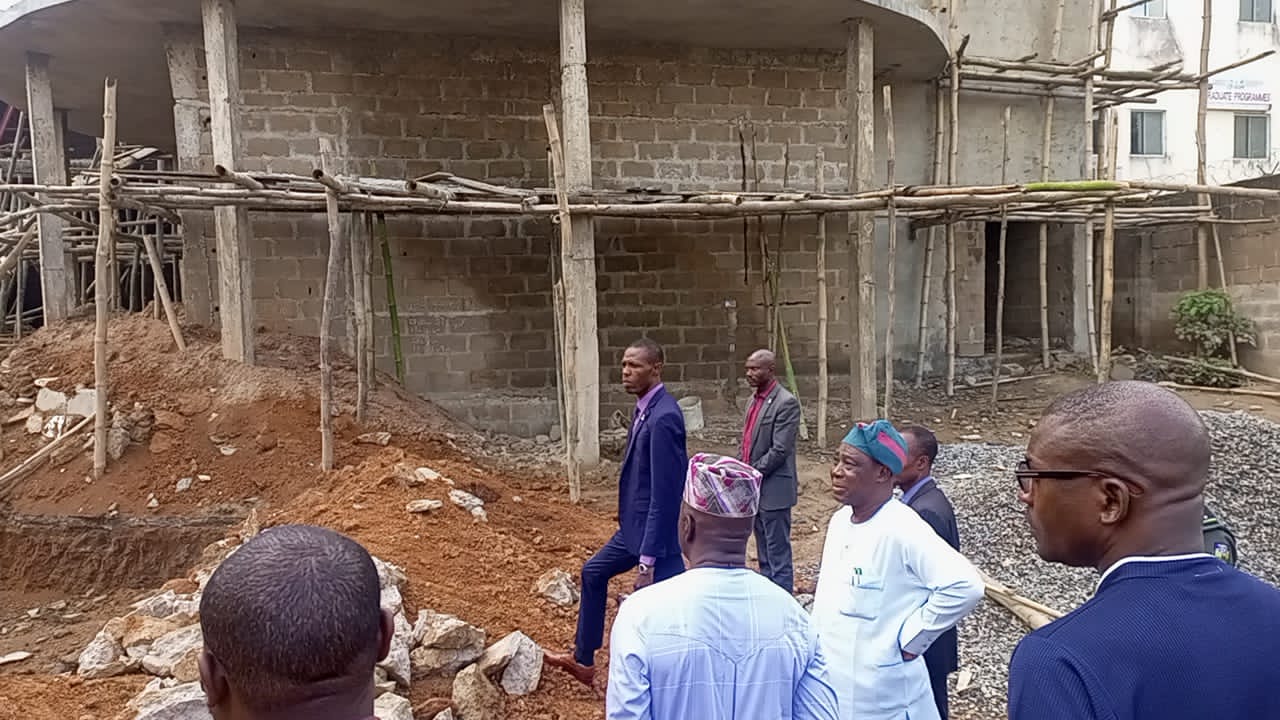 The Deputy Governor of Oyo State, Barrister Adebayo Abdul-raheem Lawal has confirmed that no life was lost in the collapse of an uncompleted five-storey building at Awosika area in Ibadan North Local Government Area.

Recall that MOUTHPIECE NGR had earlier reported that seven injured persons were rescued from the building’s wreckage, but it was unclear if any lives had been lost as at the time of press.

Rescue party which consists men of the State Fire Service, the Federal Road Safety Commission and other security agencies were instantly deployed to the scene in search of more survivors.

While inspecting the collapsed building, the deputy governor, Bayo Lawal expressed appreciation to God that no lives were lost.

He directed concerned stakeholders to investigate and submit reports for the next line of action.

A residents who was among first responders to arrive at the scene, told MOUTHPIECE NGR that the incident occurred around 4am on Thursday.

He said that the collapse was terrible with the low quality and quantity of materials used for the building, which is an indicator that the structure will not stand the test of time.