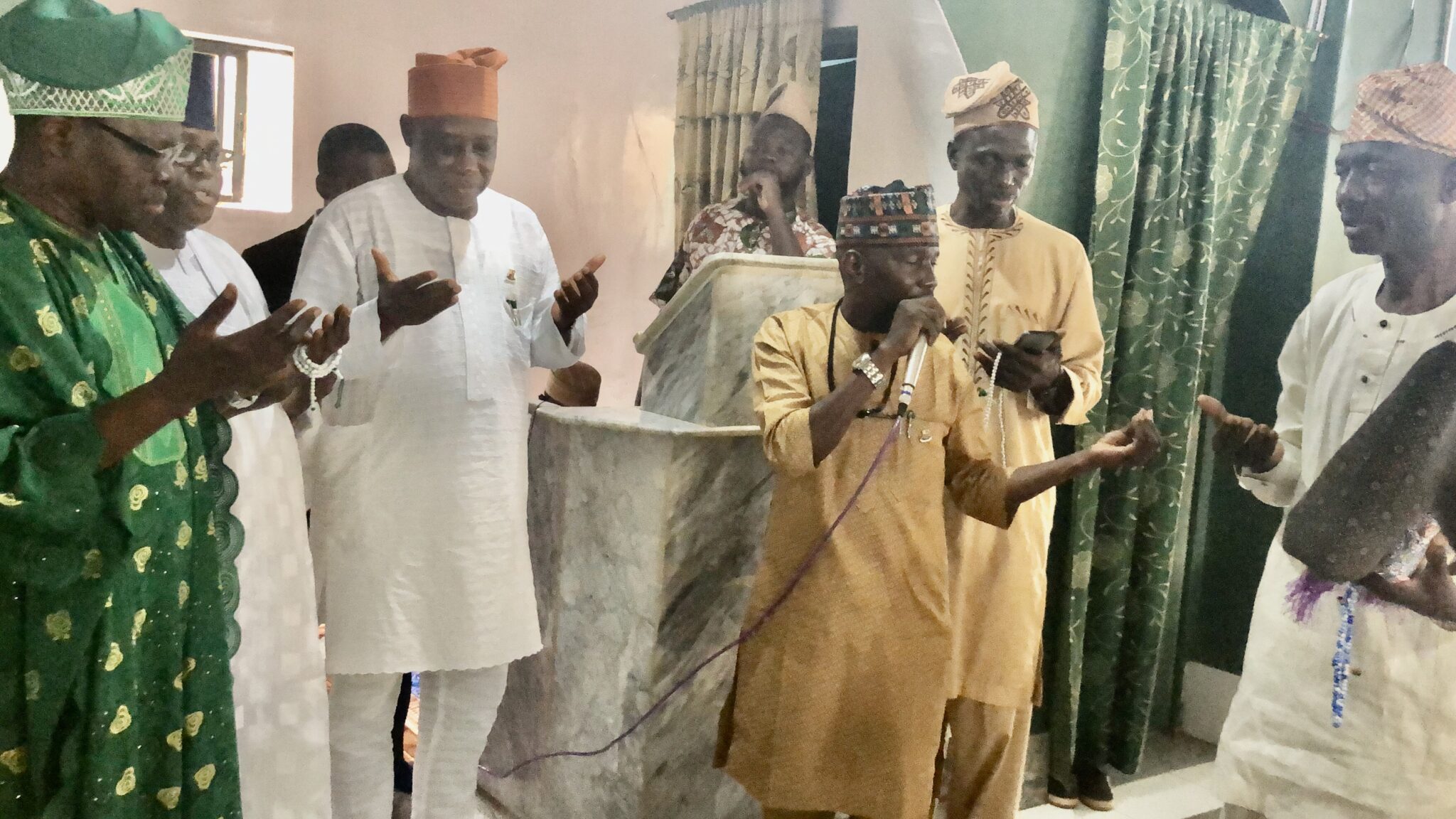 Muslims in Ibadan’s Ansarudeen mosque on Friday performed special prayers for Barrister Adebayo Abdul-raheem Lawal, the deputy governor of Oyo State ahead of the 2023 general elections.

The mosque’s chief imam, who also double as Special Assistant to Governor Seyi Makinde on Islamic Affairs, Alhaji Abdul-rasheed Abdul-azeez, led a special prayer in which he expressed his joy at having the deputy governor at their mosque in Sango Eleyele road, Gbaremu area, for Juma’t service prayer.

He said: ‘The missionaries and other congregation members were delighted to see you because of your significant contributions to the growth of Islam in the state and your defense of Muslims’ interests.”

“In order to strengthen you, we are organizing this prayer today. We ask Allah, in his infinite mercy, to continue to guard and be with you.”

The congregation members declared their unwavering and complete support for him, saying that they see him as a deserving leader who has made them proud to be Muslims.

“We pray that you and your principal, His Excellency, Seyi Makinde, will continue to run the affairs of Oyo state until 2027.”

“You are a true Muslim, practical, and realistic to the core. We are aware of your contributions in Housing and what you did while serving as commissioner for justice and attorney general of Oyo state.”

While expressing his appreciation, the deputy governor, Bayo Lawal, thanked everyone and advised the crowd to continue praying and to always be patient no matter what situation they were in.

He said prophet Muhammad experienced some difficulties before achieving success, as he prayed to Allah to console everyone and bring them the kind of success they had never sought.

Lawal vowed to continue defending Muslim interests and to use whatever legal means at his disposal to guarantee that Muslims are fairly represented.