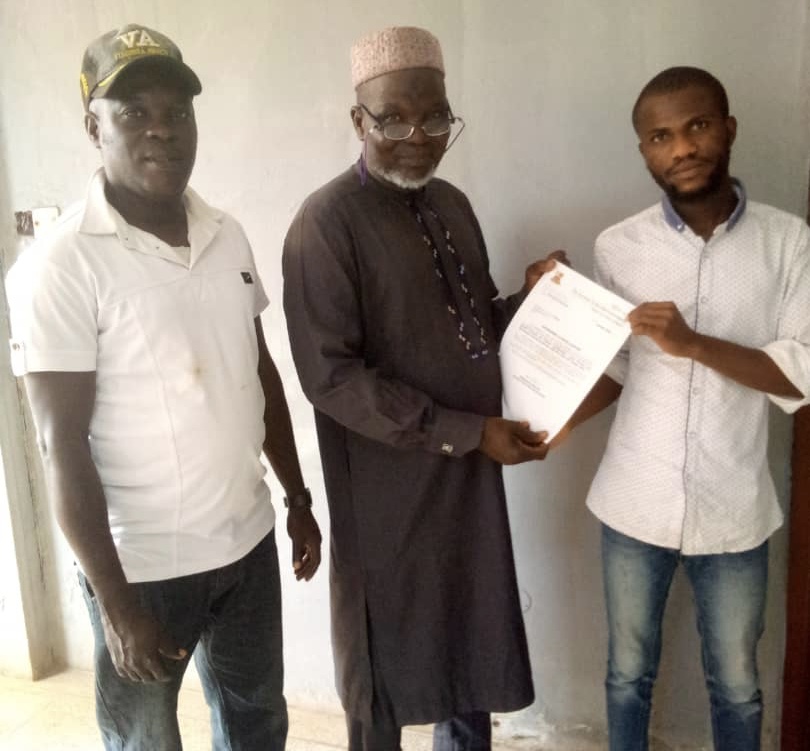 He made this known in a statement personally signed by him and made available to MOUTHPIECE NGR on Monday.

Ameen stressed that the choice of the appointee was informed by capacity, accomplishments, commitment and proven track record of hard work and professionalism in his previous endeavors particularly during his tenure as chairman of IREPO LG.

Until his appointment, Hon (Alh)ibraheem Ahmad Tijani Omupo, was a Former chairman of IREPO LG between 1999- 2003. Also, it was gathered that his administration, gave birth to Kishi yam market now international yam market.

He lauded the state’s government, led by Governor Seyi makinde, for granting an accelerated approval for the appointment of the new SA, even as he urged the new appointee not to see their appointment as an opportunity for self-service.

He further charged, Hon. omupo, to discharge the responsibilities of his offices, to imbibe the culture of transparency, accountability, fairness, from, governor Seyi makinde.