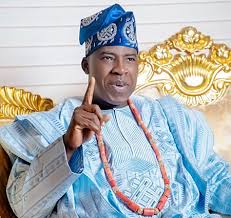 Mr. Dotun Babayemi, Ex-governorship aspirant on the platform of the Peoples Democratic Party in Osun State, on Friday, said he did not regret his action for challenging governor-elect, senator Ademola Adeleke, over the Party Primary election.

The Supreme Court had on Thursday dismissed Babayemi’s suit against Adeleke on technical grounds, having filed the matter out of time.

Babayemi congratulated Adeleke and urged the people of the state to continue supporting efforts that would always support the growth of Osun in a statement released and made available to newsmen in Osogbo, saying that even though the Supreme Court did not address the main aspect of his case against Adeleke’s candidacy.

The statement read in parts, “I want to wish the Governor-elect, Senator Ademola Adeleke, the PDP and the good people of Osun the very best as a new administration under the PDP prepares to berth in Osun. I pray it will bring about the long awaited turn around to the state and its people.

“On the just concluded case at the Supreme Court, the exploration of the legal process was good for the country’s democracy.

“For us, the legal journey was a long walk and worthwhile with no iota of regret. The kernel of our case at the Supreme Court was not reviewed as it was decided on technical grounds. Above all, no regrets”