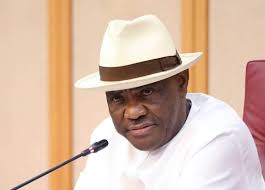 Magaji made the statement while Speaking on a  popular television,  Channels Television’s Sunrise Daily.

The statement “I want to reiterate that there is no evidence that Atiku promised Wike the vice-presidency. Wike is a stakeholder and everybody that has importance is important in this delivery,”

“We need to understand that this is not a personal property. I keep referring to the institution. There is no way. We do not have evidence. There is no individual who will say I have closed door (meeting) with the presidential candidate and he says, ‘Look, I will give you my vice-president’.

“The vice president pick is a prerogative of the candidate and it is a process… One of the fears is that if an individual will be going behind a structure, an institution within the system to get what he wants, then, we cannot trust the same individual as a principal actor on the commonwealth of the Nigerian people,” he added.

Atiku and Wike had been in cold war after the PDP presidential primary election which was won by Atiku Abubakar’s. There were reports that a committee considered Wike as Atiku’s running mate but the presidential candidate settled for Governor Ifeanyi Okowa of Delta State, a move that irked the Rivers governor.

Wike and his allies including serving and former governors in the party have insisted that Iyorchia Ayu should quit as the party’s national chairman for a southerner.

They argued that northerners cannot be the party’s presidential flagbearer and national chairman, claiming that Ayu had before the primary promised to resign should someone from his region emerge as the presidential candidate of the PDP. but Ayu insisted that he would finish his four-year term.

The party crisis deepens as , Wike and his allies pulled out from the presidential campaign council of the party and were absent at the start of the campaign on Wednesday.