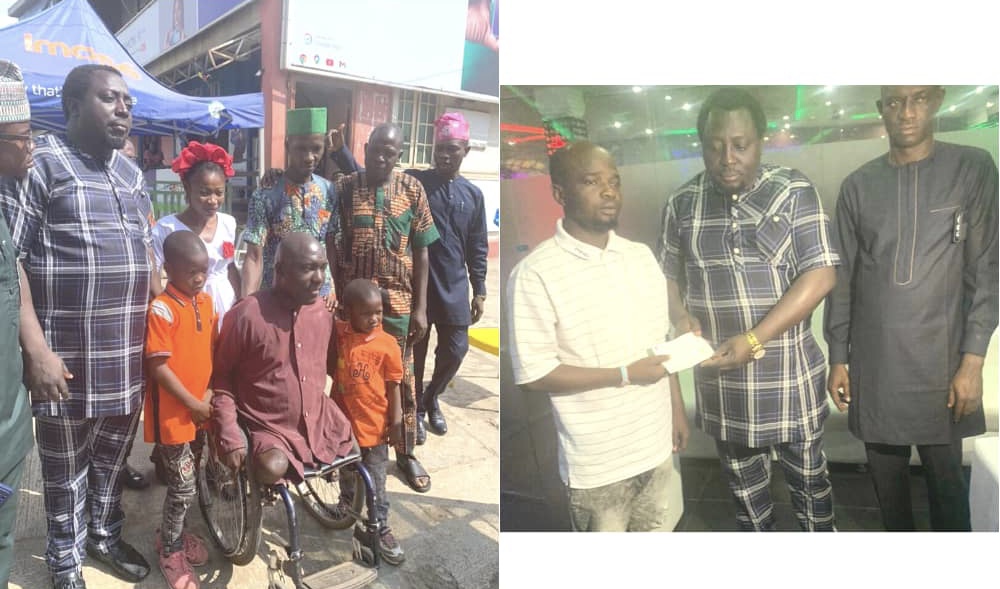 MOUTHPIECE NGR reports that the association under Hon. Limo had its first presentation of one million naira to Kewejo John Babatunde, a physically challenged graduate of the institution at MRS Filling Station, Mokola Roundabout in Ibadan, in order to support him as a commercial driver.

Hon Limo harped the financial intervention on the need to cushion the effect of economic realities on the selected beneficiaries while also acting as a safety net during these tough times.

Mr Kewejo extended his profound gratitude to the Association for coming to his rescue and being a beacon of support for his family.

Similar to the first recipient, the second was the man who was recently seen on camera going to the Ladoke Akintola University of Technology, LAUTECH, in Ogbomosho, Oyo State, to return his certificate and ask for a reimbursement for the money he spent while he was a student.

Osunleke Oludare Alaba, who requested a refund of his school fees because he had been struggling since he graduated in 2015 and the certificate had not brought him any financial benefit since he acquired it, was additionally given N500,000 by the LAUTECH Alumni Association Worldwide to help him settle in at BCOS, Orita Bashorun, Ibadan.

In his remarks, Mr. Alaba highlighted that the incident that prompted him to want to return his certificate wasn’t intended to be a publicity gimmick, but rather to unequivocally explain the issues he has faced and how the certificate hasn’t in any way assisted him out of them.

He also praised the organization for giving him such a large sum of money to help him establish himself.

Earlier, as a means of providing for his family and ensuring that his child receives a proper education, Limo and the LAUTECH Alumni Association, Oyo State Chapter, pledged to grant Mr. Kewejo’s firstborn a scholarship up to the university level.