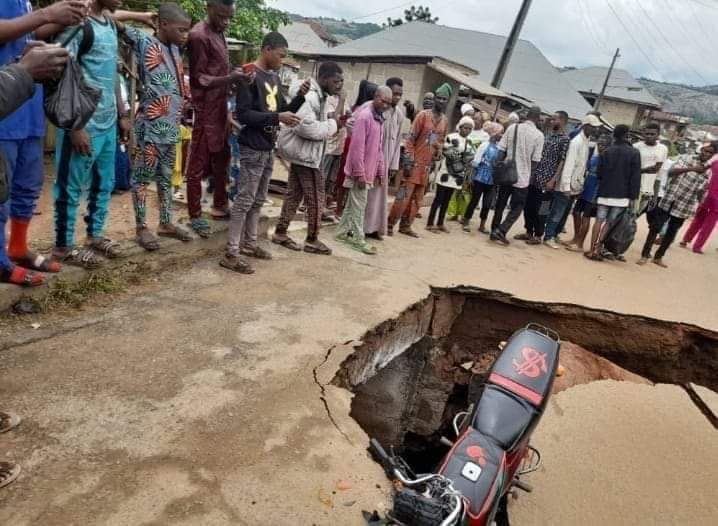 Two residents of Iragbiji have sustained injury as a result of a box culvert which caved in at Oke-Osun area of the town on Wednesday.

MOUTHPIECE NGR gathered that the incident happened on Wednesday, August 31.

It was gathered that that a commercial motorcyclist and his passenger (female) were into a negotiation of the culvert at the time of its collapse.

The motorcyclist and the female passenger were, however, saved and hospitalized at a nearby medical facility for treatment.

While confirming the incident, Adeleke Kehinde, who’s the Acting spokesperson of the Osun Command of the Nigerian Security and Civil Defence Corps (NSCDC) revealed that the female passenger sustained severe fracture of the leg while the motorcyclist also sustained injury.

She also stated that the area around the bridge has been cordoned-off to prevent further accidents.

Meanwhile, the Aragbiji of Iragbiji, Oba Abdulrasheed Ayotunde Olabomi has expressed dissatisfaction at the incident.

The traditional monarch, has implored users of road to avoid the road pending the time the culvert will be done.

The traditional ruler has also thanked the State government for its earlier promise to do some of the bad roads in the town in the interest of the people.