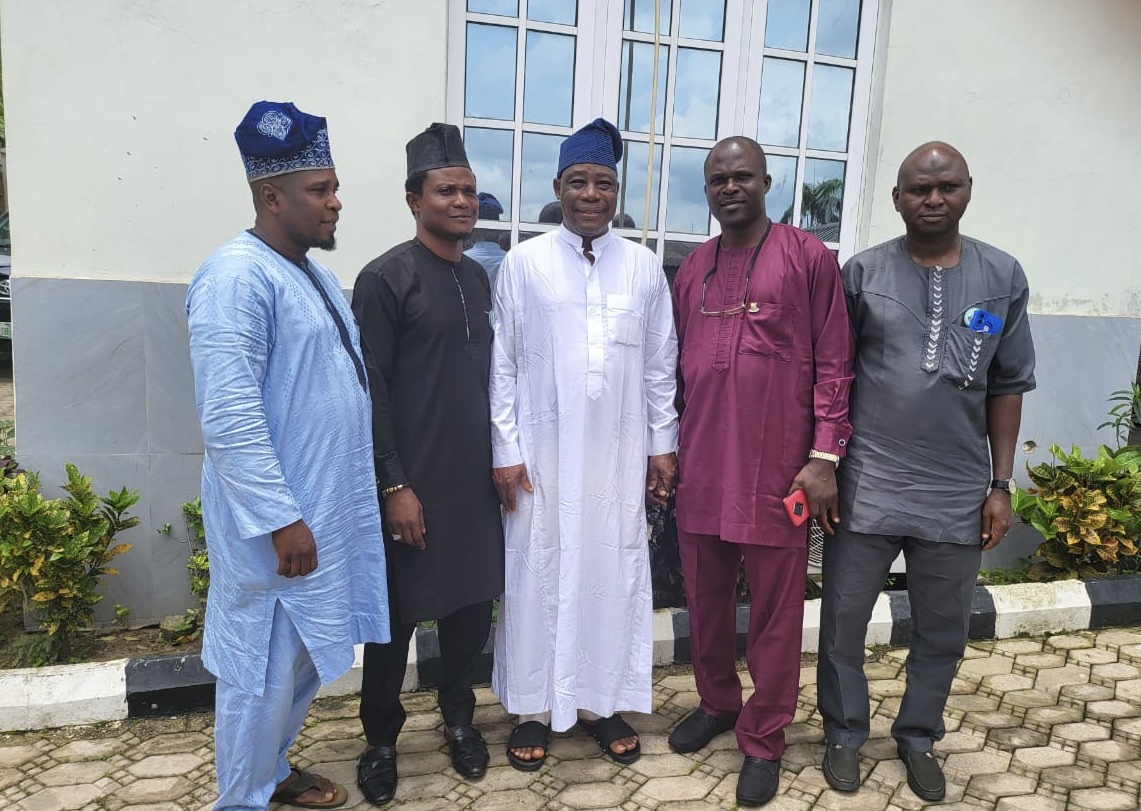 Lawal made the disclosure on Saturday while receiving the Managing Director/Chief Executive Officer of 247ibuilders Global Ltd, an accredited Developer of the Federal Mortgage Bank of Nigeria (FMBN), Olugbenga Daniels at his Bashorun home, Ibadan.

MOUTHPIECE NGR understands that the visit was imperative in a bid to hasten government’s provision of land for the scheme to ensure Oyo State benefitted from the FMBN/NLC/TUC/TECA Housing Scheme.

While speaking, MD/CEO Mr Daniels expressed appreciation to the acting Governor for approving the meeting, adding that such move indicated his interest towards the development of Oyo State Housing Sector.

The CEO confirmed that Oyo state has not benefited from the FMBN/NLC/TUC/NECA Housing Scheme because the state is yet to donate land for the scheme.

Daniels stated that the FMBN board sits quarterly and next board meeting might be at the early weeks of October, hence the need to provide the land this month for ease of FMBN’s approval.

He added that Oyo state will benefit in diverse ways including but not limited to job creations, accelerated development, revenue to the state through coordinated property tax and the Government will be meeting up on its mandate of providing affordable housing for its citizens.”

Mr. Daniels nodded in agreement when His Excellency, Barr. Bayo Lawal inquired about the NLC and TUC’s relationship with the developer.

Lawal stated that during his most recent trip to Abuja, he met with the MD and ED Loans (FMBN) and further confirmed the state’s willingness to benefit from the Housing Scheme and directed a member of the Housing Board, Elder Ayoade Adekola to tidy up with 247ibuilders Global Ltd on the provision of the required Land to enable the state meet up with the next FMBN next meeting.