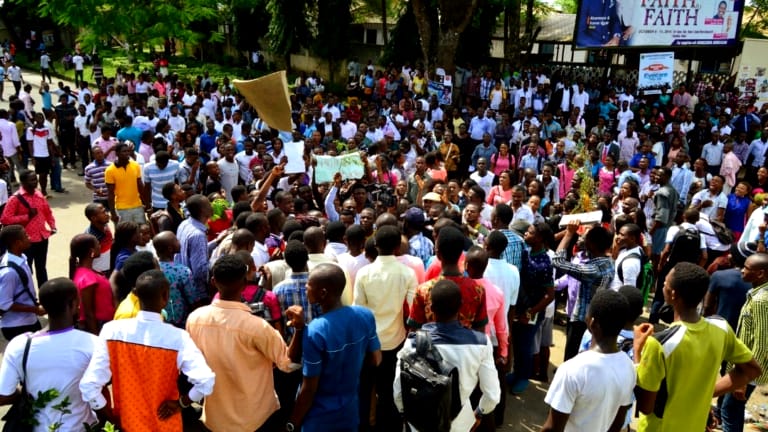 The Southwest Coordinator of National Association of Nigeria Students, Comrade Stephen Tegbe, has said the beleaguered on the Muritala international Airport in Lagos on Monday will be replicated in other part of the country soon.

While Speaking with Newsmen, He said after blocking major highways in some parts of the country last week, the next step would be to shut down the nation’s airspace.

He stressed that When a whole seven months are wasted and people continue to act as if all is well. saying that they won’t relent until all public universities are reopened for academic activities to continue.

“Yes, our colleagues are carrying out the blockade in Lagos. Student leaders from across the country are in Abuja now for a crucial meeting later today. We are satisfied with the action of our colleagues in Lagos and I can assure you that the Lagos incident is not going to be final unless our demands are met.

“Further actions and steps will definitely be taken after we have assessed today’s event and move to the next stage it is criminal to continue to waste the precious time of the nation’s youths. For how long are we going to be at home doing nothing? Our leaders are pretending as if all is well because their children and wards are not affected.