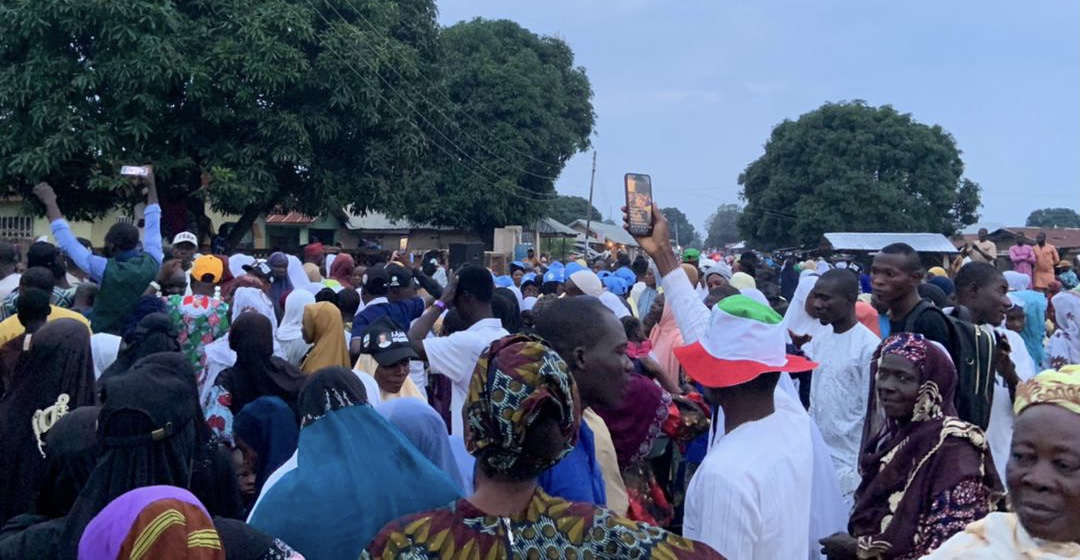 Mass defection rocked the Oyo State chapter of the All Progressives Congress (APC) and Social Democratic Party (SDP) on Saturday as members of the two parties in the state’s Irepo Local Government Area, Kishi defected in large numbers to the People’s Democratic Party (PDP).

MOUTHPIECE NGR correspondent reported that the decampee made the announcement at PDP general meeting held at (Ward 05) in kishi, Irepo LG, Oyo state.

The defectors, who claimed that Barr. Bayo Lawal’s selection as deputy governor was the reason they joined the party, vowed to support all PDP candidates in the upcoming general elections in 2023.

The defectors maintained that the appointment of Barrister Bayo Lawal as deputy governor of Oyo state has continued to strengthen the party in Irepo Local Government as he was generally well-liked by his constituents and his overwhelming acceptance in the entire Oke-Ogun.

When the defectors were welcomed by Party leaders on Saturday, they praised them for having the bravery to join the party at such a crucial time.

The decampees were promised inclusion in all PDP activities as legitimate party members. Additionally, they urged them to return to their respective wards and contribute to the PDP’s success in 2023.

Recall that MOUTHPIECE NGR earlier reported that Alhaji Azeez Adelami Ashiru, who served as the Oyo State Commissioner for Environment and Water Resources from 2003 to 2005 under the administration of former governor Rasheed Ladoja, including Alhaji Adebayo Abdul-waheed (Adwas), another important stakeholder from the Shaki East/Atisbo State Constituency, as well as Bamidele Hussain, Imam Abdul Kareem Najimudeen, S.A. Olusola and Tajudeen Alimi also defected to PDP.