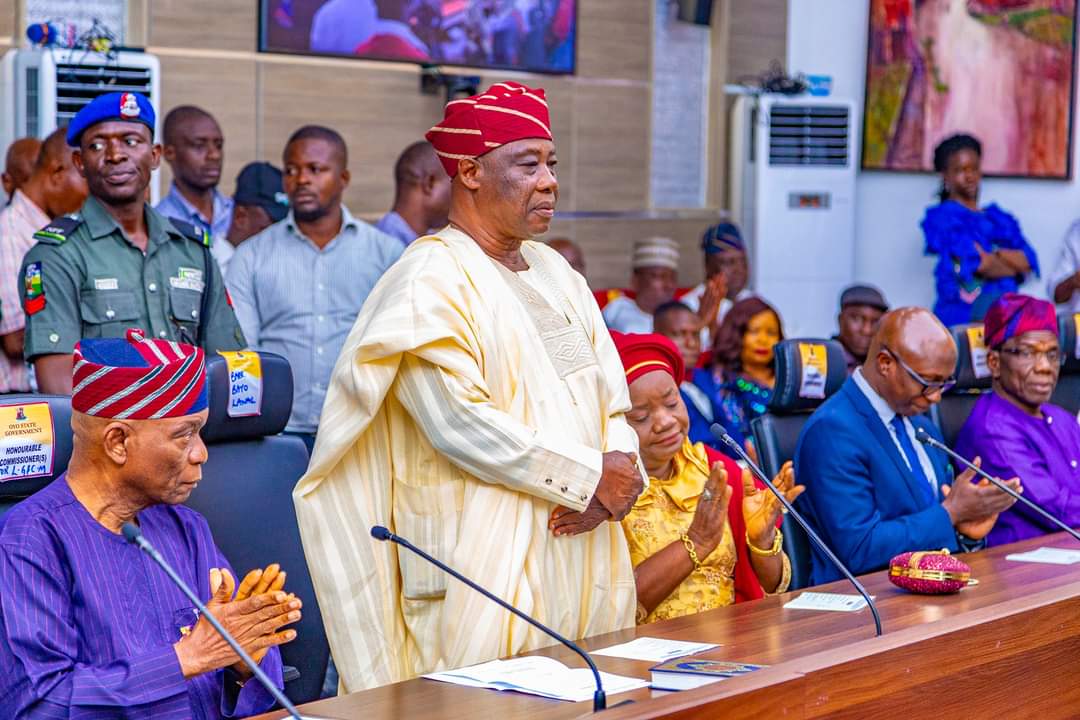 In order to achieve a free, fair, credible, and peaceful election in the upcoming general election in 2023, the Oyo State Chapter of the Inter-party Advisory Committee (IPAC) has vowed to make sure that all political parties in the state cooperate well with one another.

The group, which serves as the governing body for all officially recognized political parties in Nigeria, made this declaration while paying Barrister Adebayo Abdul raheem Lawal a visit at his office to congratulate him on his recent appointment as the deputy governor of Oyo state, on Wednesday.

IPAC noted that, as a group, they are to educate, sensitize all the existing political parties in the state on peaceful coexistence and urging them to make their campaigns objective and issue based.

MOUTHPIECE NGR understands that the group’s visitation was centered on getting to know the new deputy governor of Oyo state.

The group announced in a message of congratulations that the council decided it was appropriate to pay the courtesy visit to lawyer Bayo Lawal following his appointment as the deputy governor and recent approval as the acting governor due to his Excellency, Engineer Seyi Makinde’s three-week leave of absence.

It praised the deputy governor for his seamless management of the governance issue, such that people couldn’t notice Governor Seyi Makinde’s absence.

While asking him to deliver their private message to the Governor in advance of the upcoming election, they prayed for God to be with him.

The deputy governor, Bayo Lawal, thanked them and assured them that the Oyo state government will take all necessary steps to support a peaceful and credible election in 2023.