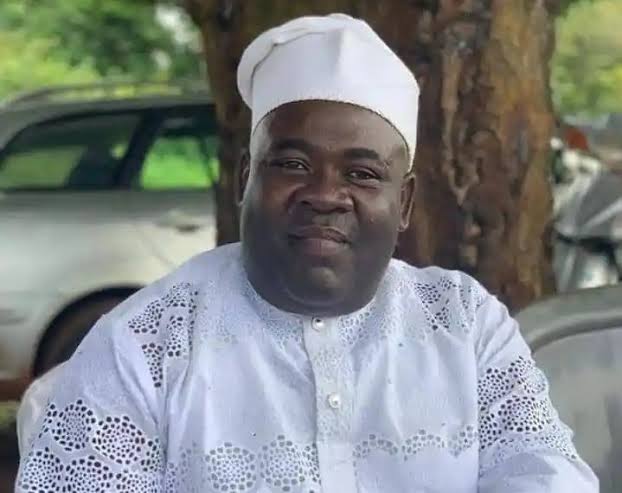 The members of the Peoples Democratic Party in Oke Ogun zone are backing in the euphoria of joy as Barr. Lateef Sarafadeen Abiola aka Onijo withdrew his court case against Adamawa.

MOUTHPIECE NGR understands that the leaders decided to convey a meeting to further end the rift among its top members in the region and also to celebrate the appointment of Onijo as the Chairman, TOPS Governing Council.

The meeting which was presided over by Hon. Adekunle Eruobodo was held at Primrose, Saki, and had in attendance notable stakeholders from the federal constituency.

Recall that Barr. Onijo had in May filed a court case to challenge the victory of the primary which saw Dr. Salami Lukman aka Adamawa clinching the party ticket for Saki-West, Saki-East and Atisbo Federal Constituency in 2023 elections.

Barr. Onijo, in his words spoke about the matter from the inception and how leaders and stakeholders who waded into the matter led to the withdrawal of the case in court.

He appreciated the fatherly approach with which the Royal father in charge handled the matter, adding that the roles played by Oyo Deputy Governor, Barrister Bayo Lawal, Sen. Hosea Alleluyah, Wolekanle and PDP State Party Chairman cannot be overemphasised.

While lauding other leaders of the party, he thanked his supporters for being with him throughout the period of struggle. He also praised governor Makinde for his wisdom which has been a pivotal to the growth of Oyo State.

“I want to implore my supporters to strive to complement the efforts of GSM in the state and ensure that PDP emerge victorious in the forthcoming elections. Let’s all endeavour to be attending party meetings and commence aggressive campaigns for the success of our party.

“In addition, this is to formally announce my recent appointment as the Chairman, Governing Council of The Oke Ogun Polytechnic, Saki.

In his remarks, Alhaji Rafiu Tunji Adekunle appreciated Governor Seyi Makinde for the right decision he has taken. He assured everyone of GSM winning the 2023 elections.

Eruobodo heartily congratulated Barr. Onijo for the appointment, charging every member to see the issue as a collective responsibility.

The former PDP Senatorial Chairman, Mr Waheed Oluwakemi also appreciated all parties contributed one way or the other to the settlement of the just ended strife that led to appointment of Barr Onijo as the Chairman, TOPS Governing Council.

He promised to work tirelessly for the success of the party and charged every body to guard their loin.