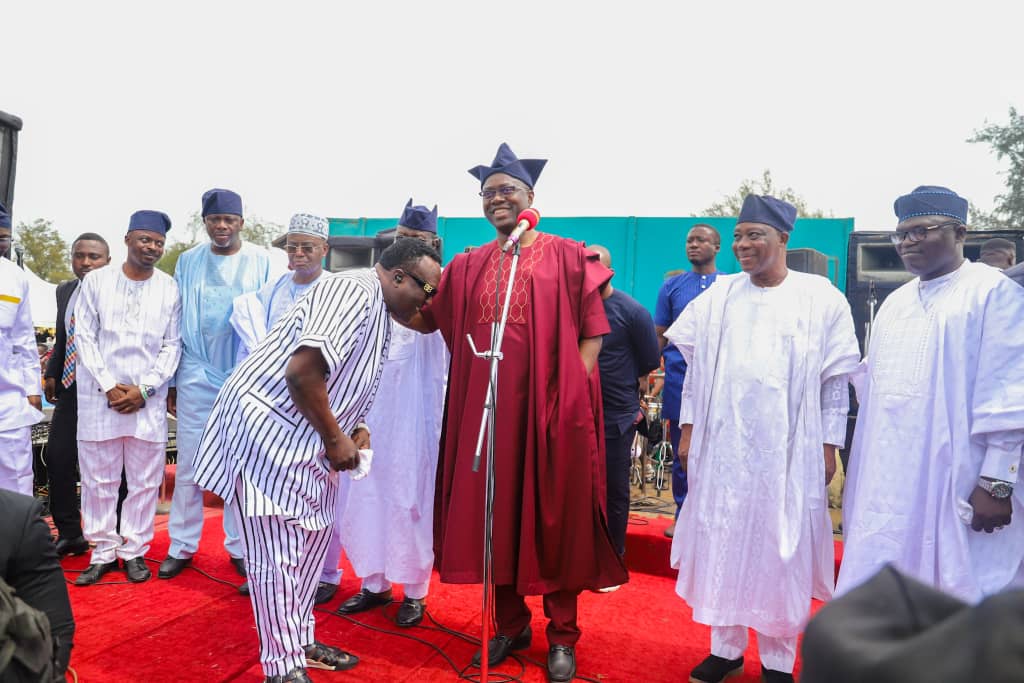 There was a small drama in Iseyin on Saturday as the popular fuji maestro, Saheed Osupa (The King of Music), drove to a location in his convoy with security to apologize to governor Seyi Makinde for his recent outburst.

Saheed, who timed his entrance to coincide with Governor Seyi Makinde’s speech at the final funeral of Late Aseyin of Iseyin, Oba (DR) Abdul-Ganiy Adekunle Salau (Olooguebi Ajinese 1), held at the Iseyin Grammar School, stepped right up to the podium and apologized for his careless remarks.

He bowed down before the governor and expressed his regret for his prior actions, in which he had betrayed him and called him despicable names.

The track he released in 2020 on which he nicknamed the Governor “Demakin”—someone who doesn’t honor agreements—was the most notable.

After being heard indicating there was no problem, Makinde whispered something into Osupa’s right ear, drawing thunderous applause from the enormous throng.

Osupa music then rented the air with following remarks: “Makinde has performed wonderfully well,” “Atiku is the next president,” “Makinde for second term,” “Oyo people would vote massively for him,” and “I have backed him as well.”