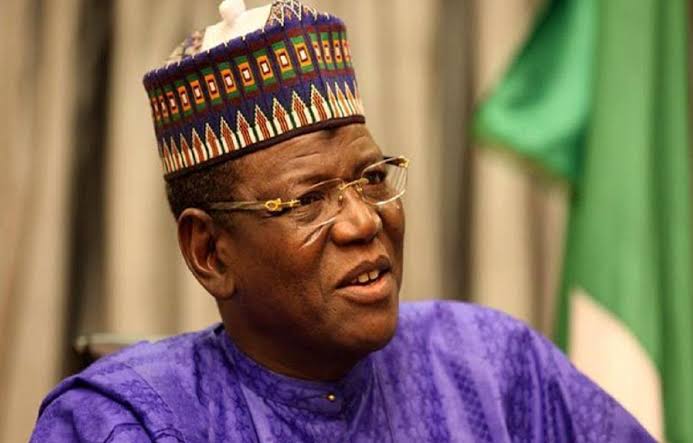 It is high time we confronted the truth as a party and ensure we have a prepared and unifies house to take over government in the next general elections.

It is therefore befuddling that elders who should be more concerned about quenching a fire that may spread to burn the house are the ones fanning the embers of flame.

One of such leaders is  former governor of Jigawa State, Alhaji Sule Lamido.

Alhaji Lamido as a founding member of the PDP knows the rules on rotation and zoning which have been the character of the party and have held the party together in unity all these years. Therefore it is surprising that instead of concentrating on prevailing on the PDP chairman, Iyorchia Ayu to resign to pave way for equity and fairness, Lamido is instead spending his resources as an elder statesman on Gov. Nyesom Wike and making reckless statements capable of causing further acrimony within party ranks.

Sule Lamido is unfortunately quoted as saying in an interview that Wike does not have control and monopoly over Rivers State. He in effect dismissed Wike as a nonentity without any political value.

Alhaji Lamido seems to have forgotten that it was same Wike who held the party together in the stormy days when others seemed to have abandoned it. It is the same Wike who went to war with federal forces who were determines to seize Rivers State by all means. Wike proved to his people that he is a General who would risk his own life for them, therefore gaining the unalloyed respect and loyalty of the people. How then can you say such a man has no or little electoral value?

Some of these elders should stop the arrogance and delusion and face the facts.

At a time the party should be strategizing on consolidating and harnessing ways of how to get across all parts of the country, it is rather unfortunate that some people are further causing a divide thinking Wike and his group aren’t important. It is self harming to dismiss anyone as unimportant at this time, moreso a man like Nyesom Wike who has the loyalty of his people even across party lines. Wike is very very important and cannot be dismissed.

The party must explore all means to address and settle all contentious issues by bringing all agreieved members on one table immediately.

As an elder, Sule Lamido should live above board like Caesar’s wife.

I am of opinion that Wike and his team are not fighting for their selfish interest but the interest of the party.  We have stayed outside for too long. The country has been run aground and almost brought to a halt by APC misrule. Nigerians will never forgive us if we miss the opportunity to bring the country back on track.

These party members making statements that can further divide us, should listen to the voice of reason and eat the humble pie by choosing peace over confrontation.

The chairman of the PDP BOT, Senator Walid Jubrin, recently made a statement emphasizing the fact that the North should not dominate the affairs of the party.

If Senator Ayu actually has the interest of the party at heart, he should have resigned without being forced out.

We should stop comparing when PDP was in power to the situation we are in, the dynamics are different and every zone wants equity and equal distribution of power.

I implore our party elders, youths and women to prevail on Ayu to resign for the interest of members.

We have this chance to win in a landslide victory, let’s not botch it.