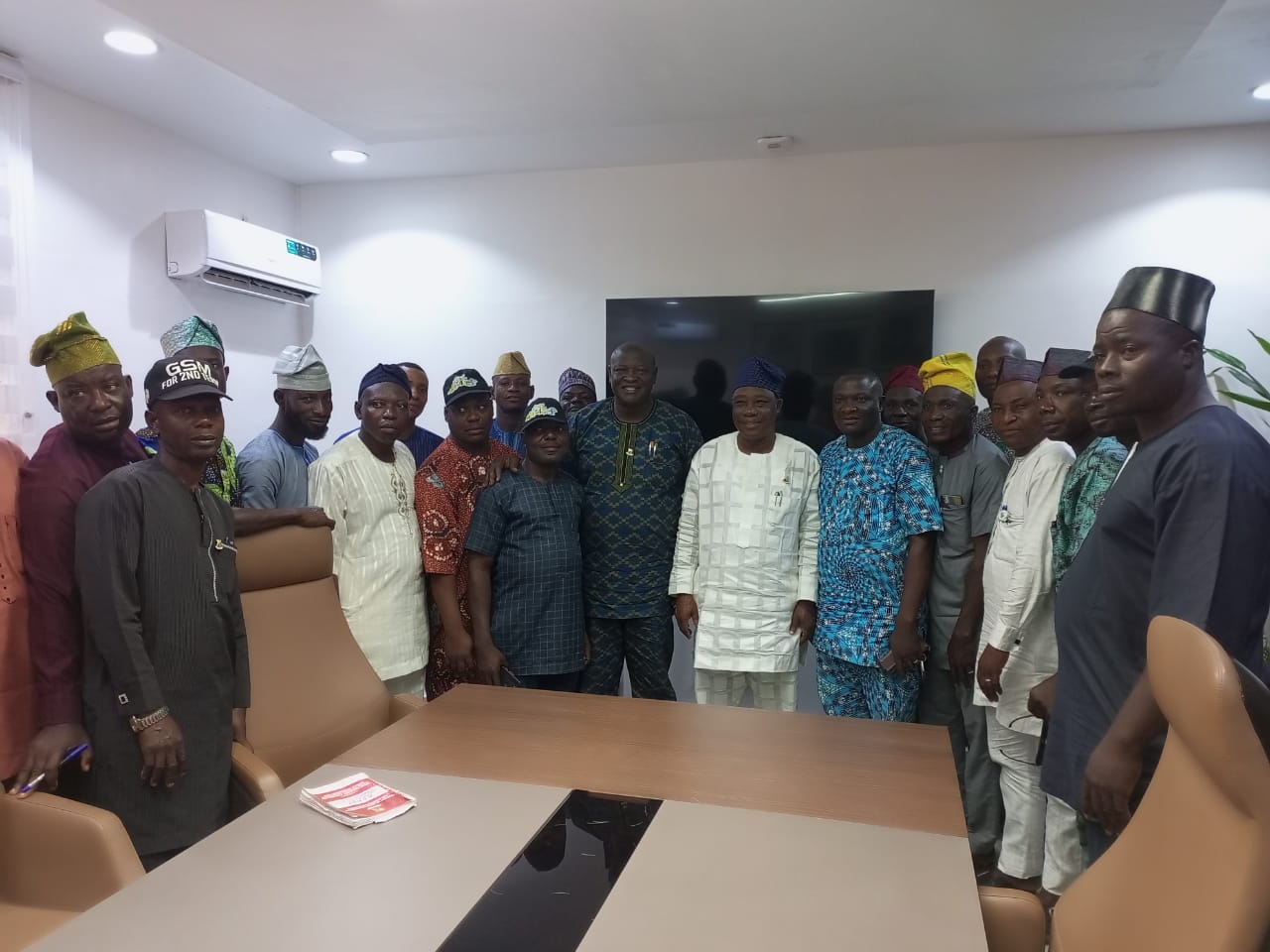 The Councillors in Oke-Ogun local government areas have called on the new deputy governor of Oyo State and running mate to Governor Seyi Makinde in 2023 General Election, Barr. Adebayo Abdul-raheem Lawal to incorporate them into his campaign team.

This call was made on Friday during a courtesy visit by their representatives to the former Commissioner of Justice and Attorney-General of Oyo State, as well as the immediate Chairman of Oyo Housing Corporation, Barr. Abdul-Abdulroheem Adebayo Lawal on his recent appointment as Deputy Governor of Oyo State.

The councillors were led by their Chairman, Hon. Abdul Waheed Taiwo from Atisbo Local Government, who expressed joy over the choice of Bayo Lawal as Deputy Governor of Oyo State.

They revealed how the appointment has afforded the Deputy Governor and People’s Democratic Party (PDP) in the zone, to gain more acceptability in the state ahead of 2023 gubernatorial election.

“We are here to congratulate the Deputy Governor, we should have been here after your swearing-in event but God has predestined today as the best time to do so.

“We are also here to solicit your support on possible way to go in a bid to make our party formidable and intimidating for oppositions. In addition, we are seeking to strictly be part of your campaign team.

“As part of our efforts as party men to make awareness for the people, we are planning a mega rally in which Kishi will be considered as convergence spot to honour your Excellency.

In his remarks, the Special Adviser to Governor Seyi Makinde on legislative matters, Hon. Samuel Ademola Adejumo Agbarapo,said he has never seen any Oke-Ogun monarchs uniting and making a visit to someone, describing the visit as one borne out of love for Governor Seyi Makinde’s efforts and the candidate he picked as his deputy.

He further described Bayo Lawal as the Fashola of Oyo State, with the portfolio Governor Makinde allocated to him, praying that God continue to strengthen him and be with him.

While expressing his appreciation, the Deputy Governor thanked the God for the opportunity given to him at a time which is most honoring and befitting, praying that God will strengthen him and give him long life.

“My aspiration has always been for Senate, I never craved or imagined that I would be a Deputy Governor, so, I pray that God reward you all unimaginably. The position is such a big one; not a spare tyre. I will always be grateful to God and Governor Seyi Makinde who thought of me with such befitting position.

“This position is for you. In fact, for the youth. So, whatever is the opportunity should be communicated. I don’t have much that I am really looking for with my age. Just let me know whatever are the needs, once it is within my ability, will surely do it.

Bayo Lawal charged the Councillors to network and cooperate with Oyo State government to consolidate on efforts in securing lives and properties of the people.

He assured the government readiness on road construction in Oke-Ogun particularly the Ogbooro and the recent approval of reconstruction of 48km Ido-Eruwa Road.