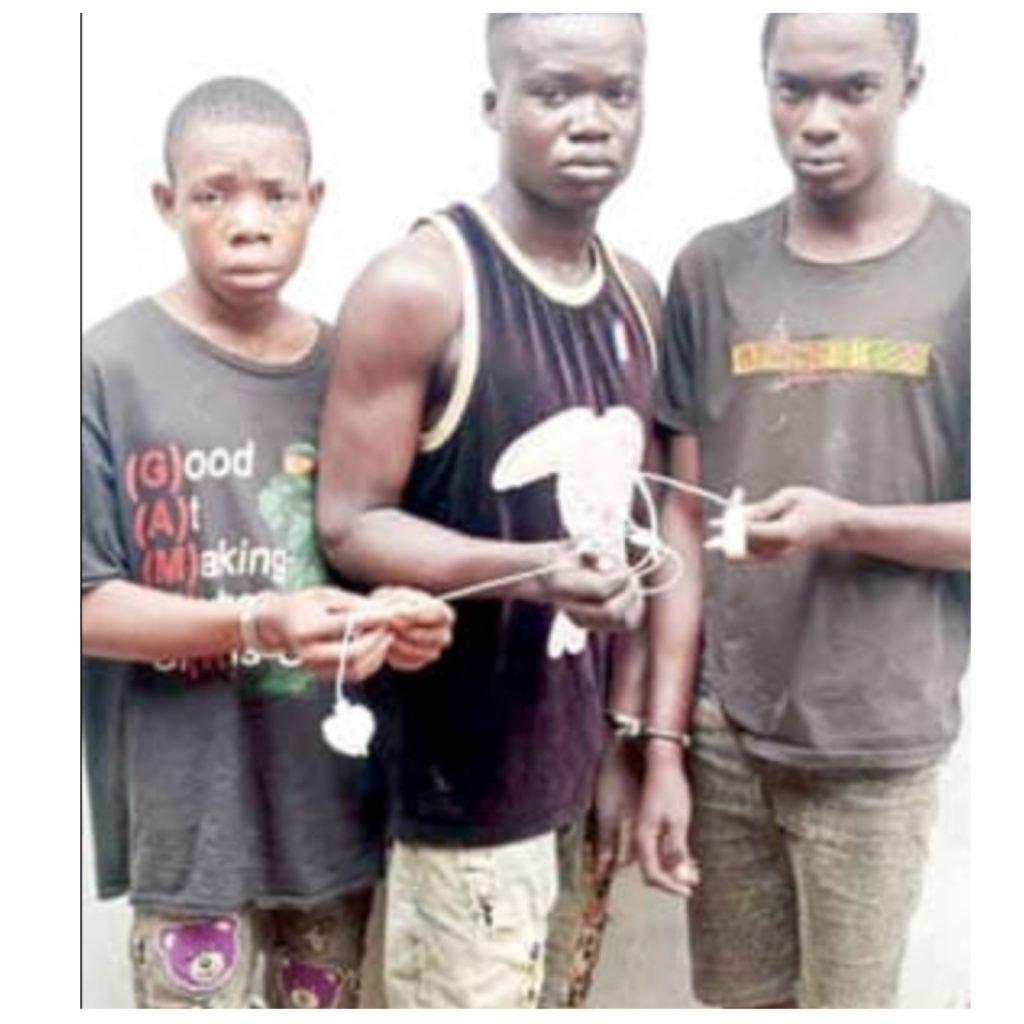 Three teenage boys have confessed to security operatives how they left Owerri in Imo State to break into a phone shop in Ijebu-Ode, Ogun State.

The Ogun State Amotekun Commander, David Akinremi, told newsmen that the trio were nabbed at about 11:30pm on August 8 at Folagbade street, Ijebu Ode “while breaking into a phone shop.”

During interrogation, two of the suspects, Chukwuemeka and Dominion, according to Akinremi, “claimed that they left Owerri, Imo State for Lagos on 25th July, 2022 in search of what to do to sustain their lives.”

When they arrived at Ojodu Berger, the three boys had for three days slept in a guest house at Lambe street.

“They later left for Ijebu-Ode on 1st August 2022. At Ijebu Ode, broke into a phone shop through the ceiling but unfortunately, there was no phone in the shop.”

While searching for another phone shop to break into, they stated that they met Adaya Stephen, a native of Warri in Delta state.

Adaya was said to have hidden them inside an uncompleted building until late at night when they went out to break into another shop.

“They were caught by our Operatives while breaking into another phone shop along Folagbade Street, Ijebu-Ode,” the Commander explained.

The former Commissioner of Police informed that the suspects have been handed over to the police at the Stat Headquarters, Eleweran Abeokuta for further investigation and prosecution.