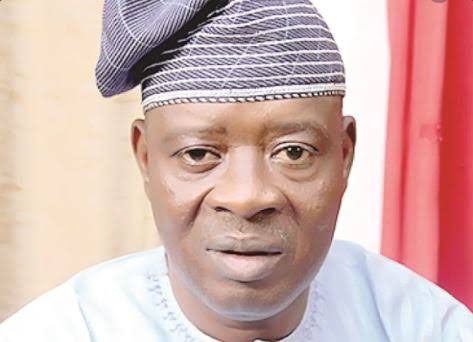 Oyo State Commissioner for Education, Science, and Technology, Barrister Rahman Abiodun Abdu-Raheem has warned those he called purveyors of a campaign of calumny to desist from their evil plots against the education family, declaring that the campaign will fail.

The Commissioner was reacting to an anonymous post being widely circulated on social media and which raised allegations that officials of the Ministry have been taxing some Principals and Vice Principals of Secondary schools during the process of registering students for the West African Examination Council (WAEC) and the National Examination Council (NECO) examinations, declaring that the allegations had no iota of truth whatsoever.

The unsigned post being circulated on different platforms had alleged among other things alleged  that officials of the State have been charging N600 extra per student who registers for WAEC or NECO exams, adding that the same was being shared among officials of the Ministry, the Post-Primary Education Service Commission (TESCOM), executive members of ANCOPPS and Tutors General.

The publication, which was addressed to His Excellency Governor Seyi Makinde, equally alleged that some persons have been paying for appointments at the TESCOM and that school heads were often made to cough out different amounts to service officials who come on unscheduled inspections.

While addressing the matter, the Commissioner declared that the allegations were false, unfounded, and aimed at tarnishing the good deeds of the incumbent administration in the education sector.

He declared that none of the Ministry, TESCOM or ACCOPSS is involved in the collection of any illegal levy in the schools.  He categorically stated that appointment of principals is a transparent process which is strictly based  on merit, adding that no head of any school is required to pay any amount to any official during visits  to schools and that there is no proof  of such allegation.

According to him, Oyo State, which charges a total sum of  N22,000 per student for WAEC examinations is one of the most considerate states in the country, adding that some states charge higher fees.

The Commissioner stated: “In Oyo State, the total package for WAEC and NECO is N22,000 per candidate. That is far less than what some other states charge their students. His Excellency, Governor Seyi Makinde had decided that while the state remains committed to the free and qualitative education policy, payment for external examinations should be the responsibility of parents.

“The Ministry under my watch will not be involved in any shaddy financial dealing. While we condemn the dangerous campaign aimed at destroying the good image of the current administration, we urge anyone who has a genuine complaint against any official in the education sector to report such to the appropriate authorities promptly.

“Let me place on record that this is a clear campaign of calumny being orchestrated by politically-minded characters who are not bold enough to identify themselves. We will not be deterred by their uncomplimentary antics.

“I also wish to assure the public that the campaign of calumny will fail as far as none of the stakeholders in the education sector of Oyo State is ready to do anything that would tarnish the image of the state.

“Education remains a major pillar of the administration of Governor ‘Seyi Makinde and we are determined to keep pushing the frontiers of excellence in that sector. His Excellency and the entire team of the current administration are doing everything humanly possible to leave a legacy of enviable people-centred and result-oriented public service behind and as such saboteurs and anti-people elements in the society should engage themselves elsewhere.

The people of Oyo State are now wiser.

“I, therefore, reassure the people of Oyo State to discountenance the frivolous allegations making the rounds via the social media post, rest assured that our commitment to excellence in the education sector will not waiver.”