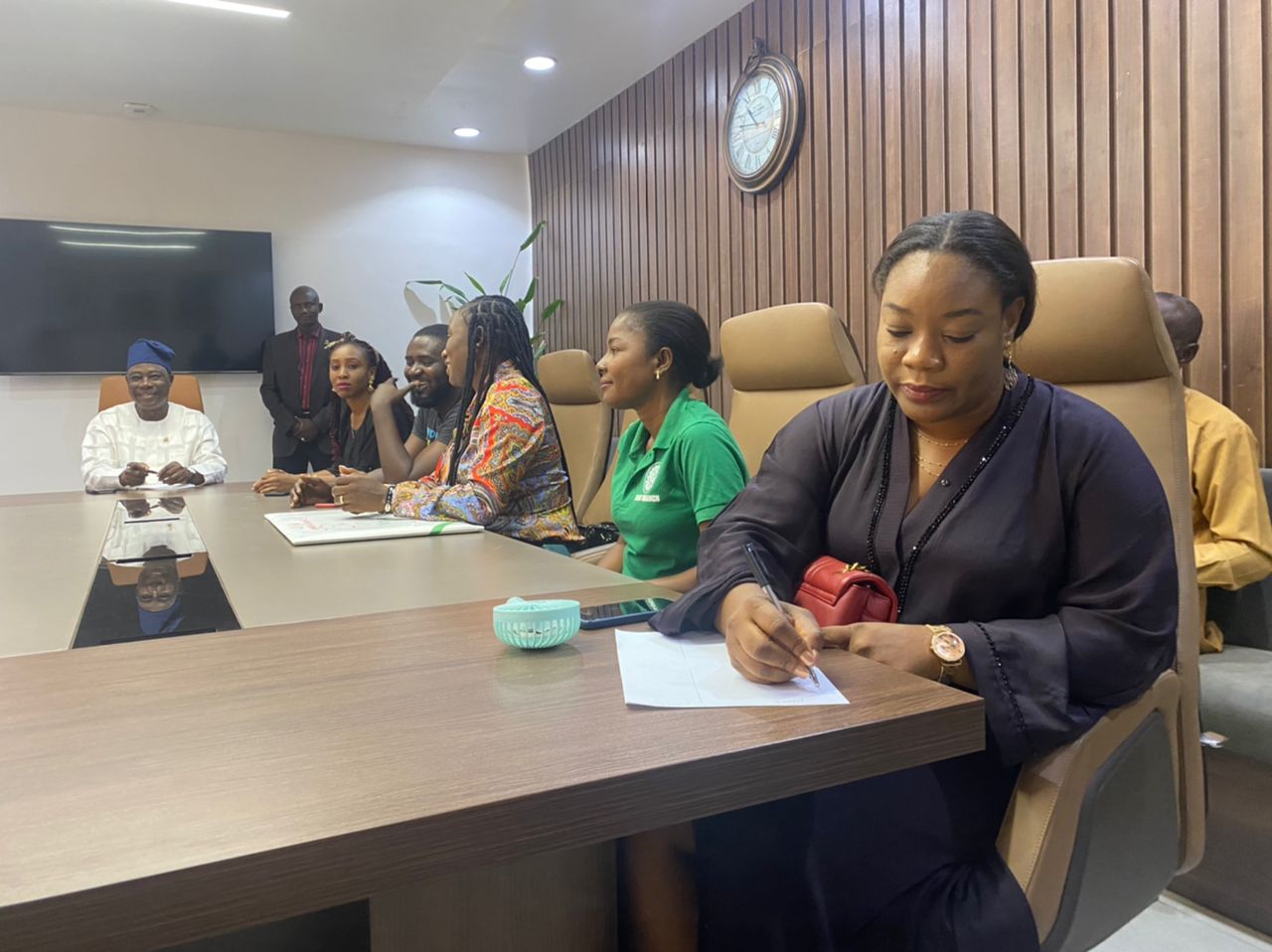 The National Lottery Regulatory Commission has congratulated the newly appointed Deputy Governor of Oyo State, Barrister Adebayo Abdul-raheem Lawal, describing him as round peg in a round hole.

This statement was made last week when the delegates were received on account of courtesy visit by the Acting Governor in his Agodi office.

According to the coordinator, Omotayo Fasuhanmi, he hinged the necessity of their visit on the need to familiarise the staff of the commission with Oyo State government, adding that the visit is hoped to seek effective working relationship between both parties.

The Acting governor commended the commission for being a frontier regulatory body and applauded their thoughtfulness of seeking synergy with government.

“While I would like to commend you for your thoughtfulness and appreciate your readiness to seek synergy with our government, I want to assure you of its full support in any possible means.”- He said.

Mrs Kike Pitan Lawa was among those who received staff of the commission.