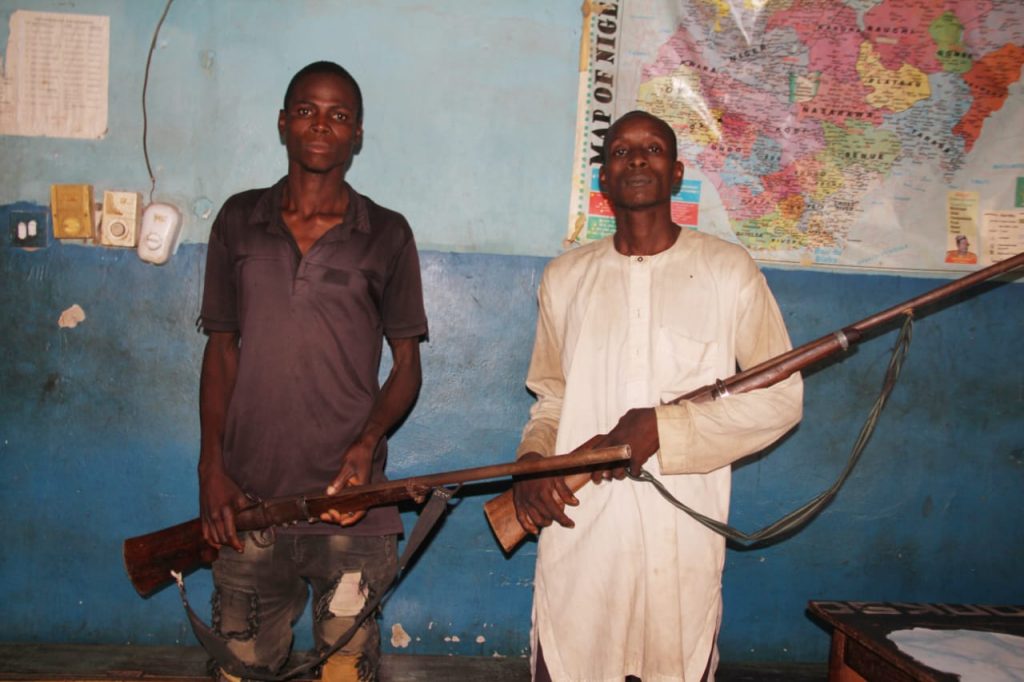 Police in Bauchi State have caught two members of a vigilante group over alleged rape of a housewife at gun point in Ningi Local Government Area of the State.

The Public Relations Officer of the police command, Ahmed Wakil, has via a statement on Tuesday, said another 27-year-old man has been arrested for defiling a 3-year old girl in Jimbin Village of Ganjuwa Local Government.

The members of the vigilante, according to the spokesperson of the police, are Lawali Sule (30 years) Babangida Shehu (30 years) all of Dogon-ruwa village.

The image maker of the police added that, “On 25th August, 2022 at about 0200hrs, the two suspects who were all armed, conspired, stormed the house of one Alhaji Gare and broke into his wife’s room, one Hadiza Alhaji (not real name). They asked for her husband’s whereabouts but he was not at home. Thereafter, they threatened her with dane-guns with the view to have carnal knowledge of her. She succumbed out of fear.”

Wakil also said that one Mato Yohannah, 27 years of Jimbin Village, Ganjuwa LGA was arrested by the detectives of Ganjuwa Divisional headquarters after he had carnal knowledge of a-3-year old of the same village.

He said that all the three suspects confessed to have committed the crimes after grilling.

He said that the Command would be charging them to court for prosecution.