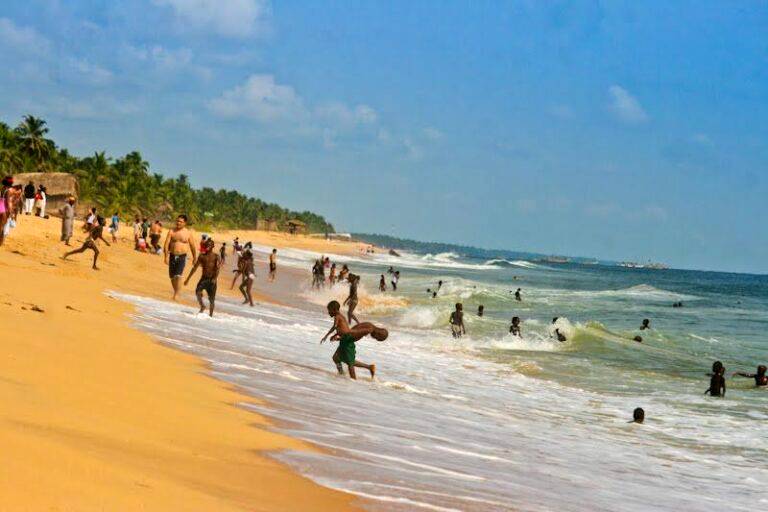 A Olamilekan Olubusade, 26, had reportedly drowned at Alpha Beach in Lagos while swimming with his friends.

The spokesperson of the Police in Lagos state, SP Benjamin Hundeyin, has confirmed the incident to the News Agency of Nigeria (NAN) on Tuesday.

The spokesman said that his body was yet to be recovered as at the time of producing this report.

He said that the senior brother of the deceased, one Ayorinde Olubusade, brought the case to the Ilasan police division on Tuesday at about 2.20 p.m.

He said that information received from Ayorinde revealed that on Monday, at about 5.17 p.m. his younger brother, Olamilekan, of Igbo Efon area, Ilasan of Lagos went to Alpha Beach, Igbo Efon to swim with his friends.

“Ayorinde said his younger brother allegedly drowned in the beach. All efforts to trace him proved abortive.

“Based on the report, the police visited the scene and were photographed by a team of Marine and conventional Policemen.

“Meanwhile, search and rescue operations by Marine police and local divers, with a view to recovering the body are being intensified. Investigation is in progress,” he said.

In another development, a 42-year-old pedestrian, Kareem Moshood, was allegedly knocked down on Monday while crossing the expressway at Agogo Igbala bus stop, on the Lagos-Badagry expressway, Morogbo.

The police image maker said that as a result of the accident, the victim, who lived at No. 20, Kolawole Street, Pako Ketu, died on the spot.

Hundeyin said that a team of traffic police men visited the scene and photographed the spot, while the corpse was removed and deposited at a public mortuary for an autopsy.

He said that the driver of the Toyota Highlander SUV with registration number. KRD 711 FX, one Abiodun Rasheed had been detained over the incident, while investigation was ongoing. (NAN)