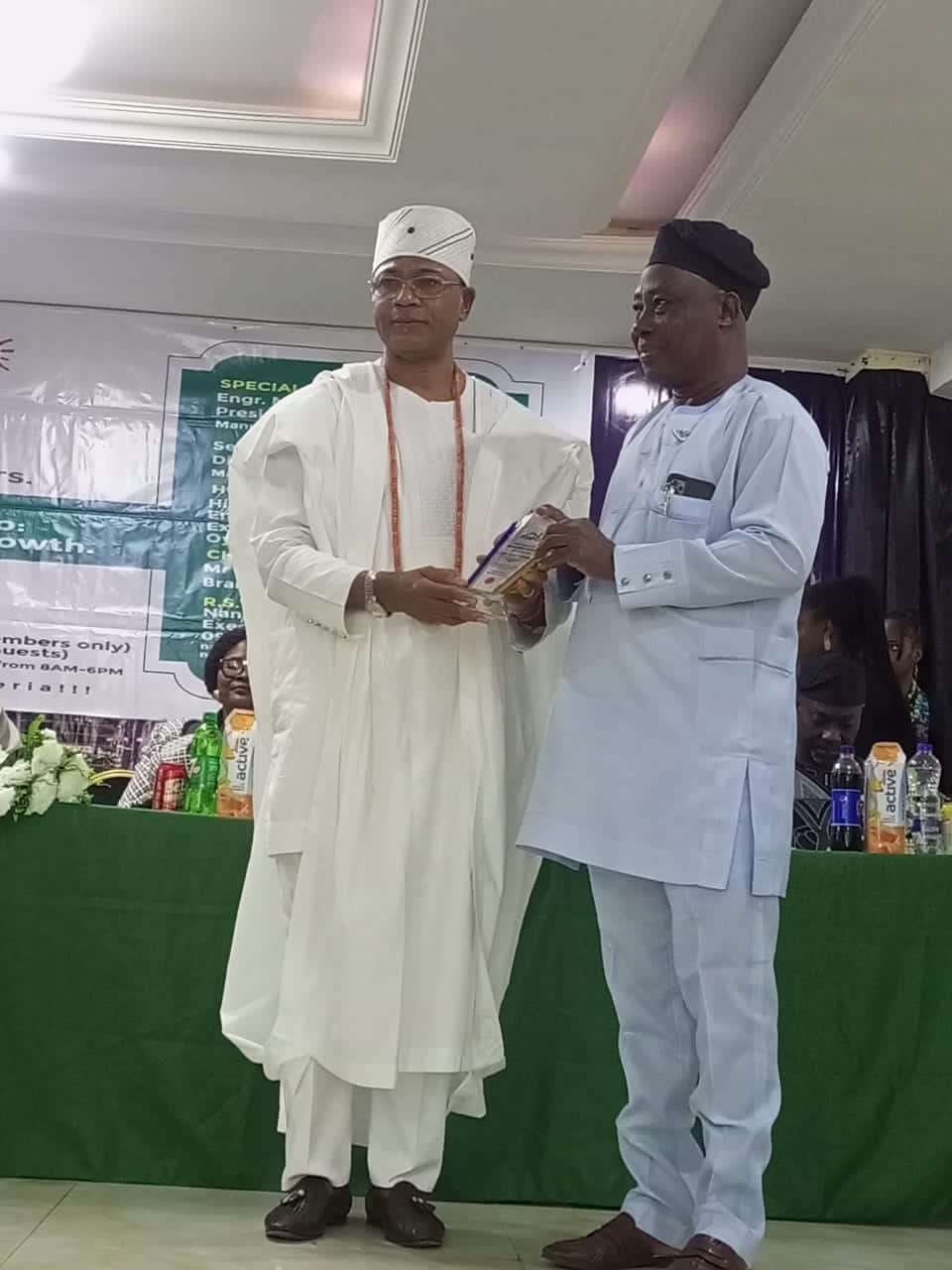 In order to create excellent ideas and policies that would have a beneficial influence on society, the Manufacturers Association of Nigeria and the Oyo State Government must collaborate, according to acting governor of Oyo State Barrister Adebayo Abdul-raheem Lawal.

The acting Governor made this statement at the 39th Annual General Meeting (AGM) held at the Elizabeth Hall, Manhattan Hall, Jericho, Ibadan, Oyo State on Tuesday.

He argued that when both Oyo and MAN work together, they will have exclusive access to ideas and policies that may advance our nation.

Lawal urged MAN to return in sober meditation in order to converse and remember their role in the past.

According to him, MAN was formerly regarded as the minds behind manufacturers. Ironically, the average Nigerian has no idea what MAN is all about. MAN used to be a solicitor for job opportunities.

“Many manufacturers have been invented by MAN members in the past, and we have left our mark on the entire nation. But is it still the case today?

“It is not about building factories here and there, but rather about coordinating with other federal government departments so that we can support commercial activity.”

“In Oyo State, it’s not that we lack resources; rather, we must all stand up and grab the bull by the horns in the southwest.

The deputy governor asked MAN to make deliberate efforts, coordinate, and organize so that industries will blossom with the huge abundance of raw materials, minerals, agricultural products, and forest that are bound in the Southwest as also highlighted by the Ondo Governor’s representative.

Additionally, he urged MAN to engage in tourism-related initiatives that will provide work opportunities for those kids who are out on the streets, urging them to explore all of Oyo North instead of just Shagamu and Sango Otta. “The Chinese might come if you don’t come now,”

He added that the state’s security architecture is crucial to growth and development and serves as the cornerstone of business, and reaffirmed the government’s commitment to protecting people and their property.

Lawal emphasized that the upgraded Ibadan Airport, where larger aircraft are landing, is another area to boost business activities. “The airport also has facilities for fueling.”

MOUTHPIECE NGR understands that the Manufacturers Association of Nigeria MAN, is a Membership Business Organization established as a company limited by guarantee. The establishment of the association was motivated by the desire to have a focal point of communication and consultation between industries, on the one hand, the Government and the general public on the other.

The obligation of the association is to promotes the interest of manufacturers by deepening its advocacy and partnership with National and international economic actors in Government, organized private sector, hosts communities, and other stakeholders to foster its proactive role in policy formulations and implementations.

The main objectives is to develop and promote the contributions of manufacturers to the national economy through representation on all reputable bodies, government, and non governmental agencies whose work may affect, direct or indirectly, the interest of manufacturers.

Earlier in his remarks, the Chairman of the Oyo/Osun/ Ondo/Ekiti/ states branch of the manufacturers association of Nigeria, Mr Lanre Popoola decried the rate at which multiple issues like hike in petroleum prices, unstable power, forex are still very prevalent making economic planning very complicated despite all economic policies introduced by various arms of government and agencies.

He said as a branch, they are committed to delivering a state-of-the-art and contemporary building which will boost the profile of MAN not only at local level but also globally.

He particularly commended Oyo State Ministry of Commerce, Industry, Investment & Cooperatives which has continued to maintain their agreement of a 70% discount on Haulage for Manufactured products.

He equally noted that Oyo State Signage & Advertisement Agency (OYSAA) which has continued to give discounts on mobile advert stickers and kept an open window for further concessions by members with special cases.