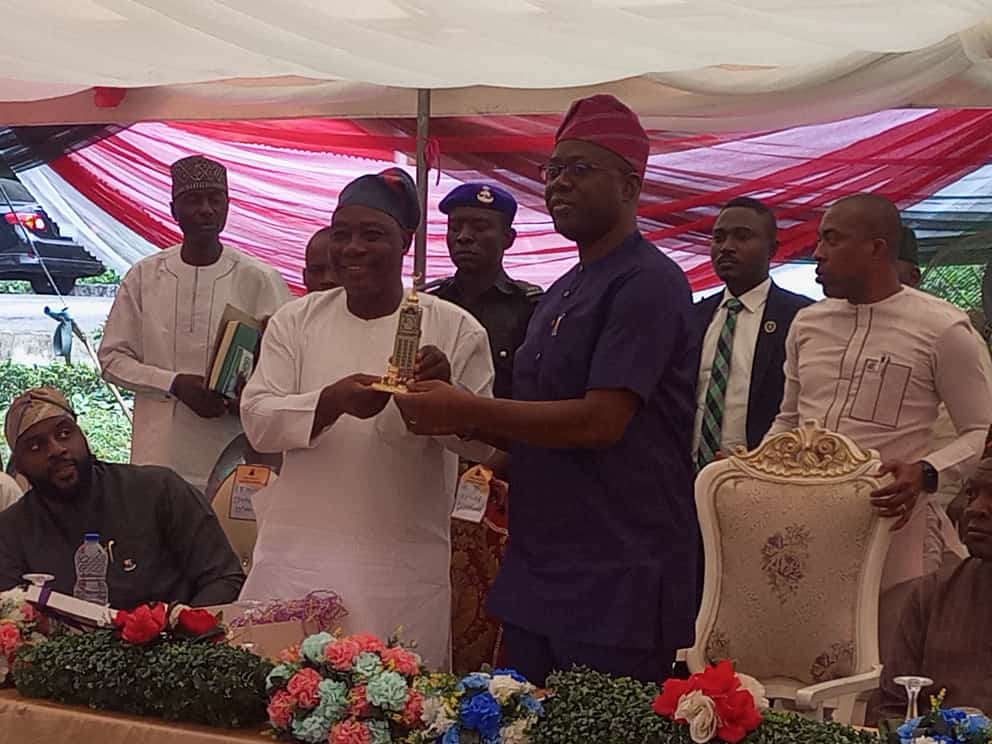 It was a moment of joy on Wednesday when Oyo State Governor, ‘Seyi Makinde’ and his Deputy, Barrister Adebayo Abdul-raheem Lawal exchanged gifts during the Hijrah 1444 Lucheon at the Presidential Lodge, Government House, Agodi, Ibadan.

The event had in attendance notable Islamic clerics and monarchs in Oyo State, as well as, top government functionaries.

The Deputy Governor, Bayo Lawal was first to present his gift on behalf of Muslims in Oyo State to Governor Seyi Makinde for his love of Islam before the Governor also reciprocated with his own gift too.

MOUTHPIECE NGR understands that the celebration is the third to be held by Makinde led administration.