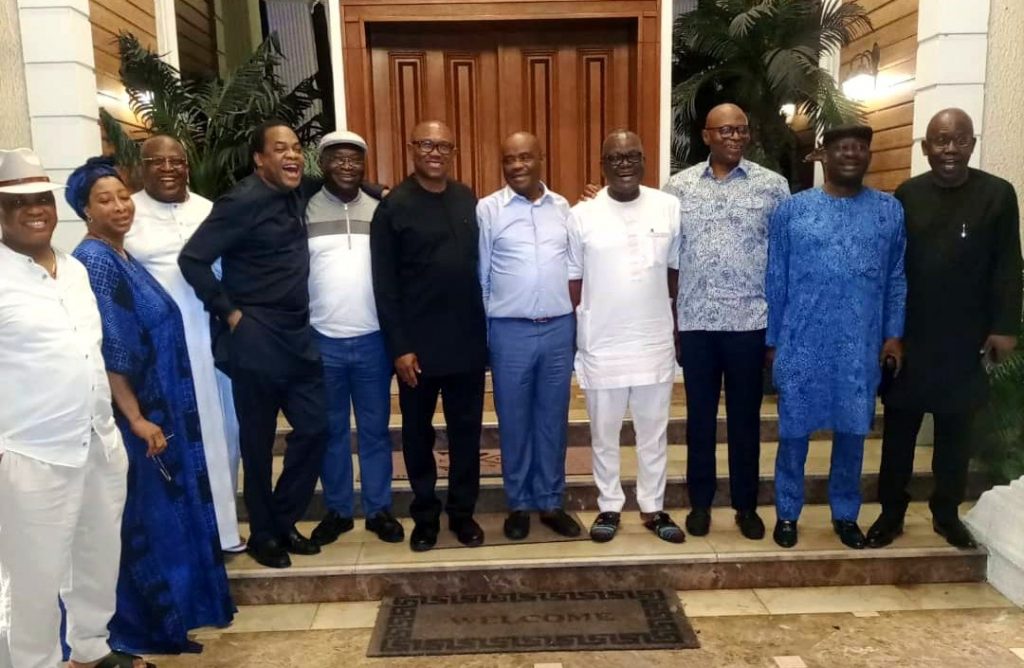 The presidential candidate of the Labour Party, LP, Peter Obi, has met with the Governor of Rivers State, Nyesom Wike and other governors of the Peoples Democratic Party, PDP, in Rivers State.

MOUTHPIECE NGR observes that this would be the second time Obi would meet with Wike after quitting the PDP and embarked on the presidential race.

The meeting was reported via Twitter by former Governor of Ondo State, Olusegun Mimiko.

While sharing a photograph of the meeting, Mimiko wrote: “Nice to share some time last night with @GovWike @Donald_Duke @PeterObi @HEDankwambo @GovSamuelOrtom @GovernorIkpeazu, Mohammed Adoke SAN and many other friends.”

The aim and location of the meeting is not known, as at the time of production of the report.