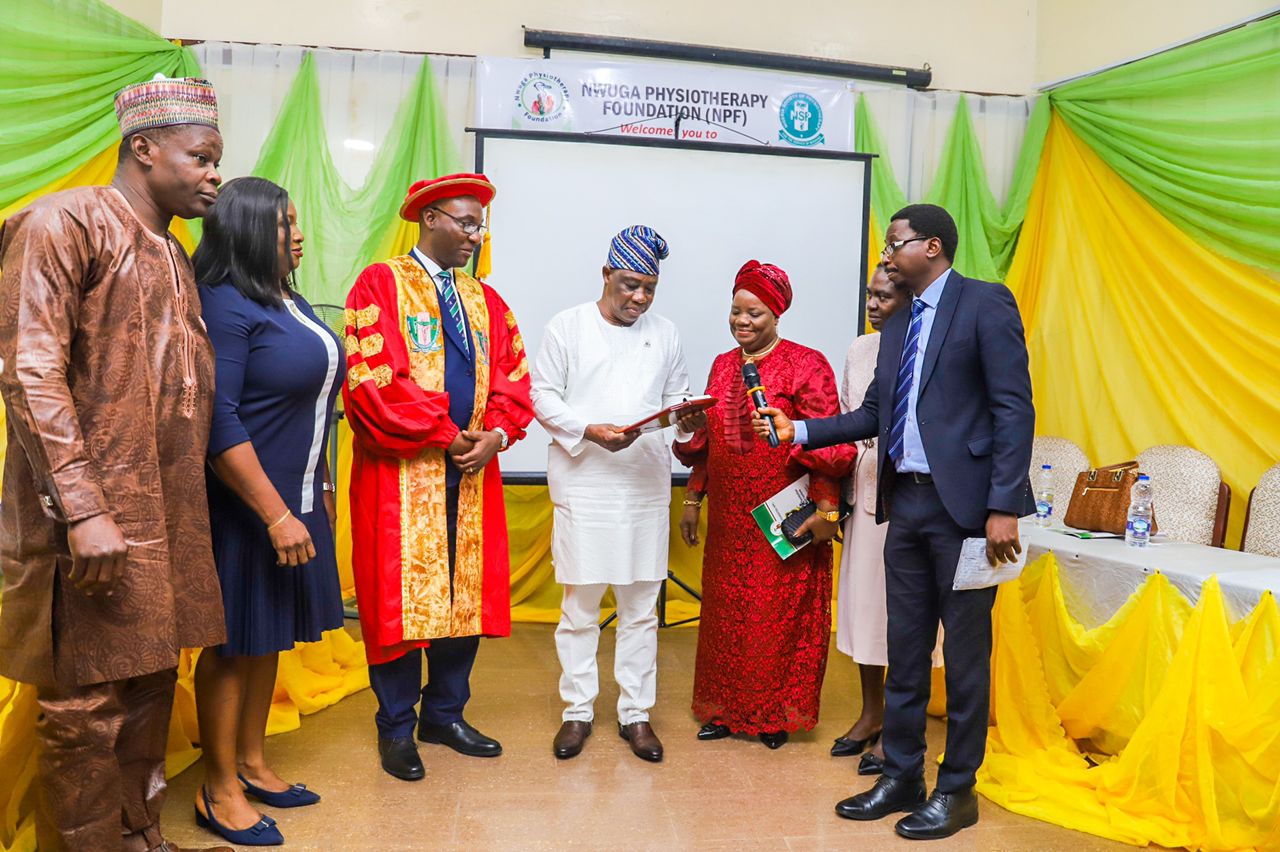 The acting Governor of Oyo state, Barrister Adebayo Abdul raheem Lawal has reaffirmed that the Oyo state government will ensure that health centres are spread through out the state, MOUTHPIECE NGR reports.

Lawal, who stated this on Wednesday at the 4th Nwuga Physiotherapy Foundation held at Osuntokun Hall, College of Medicine, University of Ibadan (Inside UCH), noted that the issue of health was also at the forefront of discussion last week in Abuja when he represented his Excellency, Seyi Makinde on the needs for the citizens to take care of their health.

He commended the foundation for organizing the kind of conference to talk about health issues and urged them to start working on the top Oyo state government proposal so that they could work together.

“You’ll agree that during the COVID 19 epidemic, we had no choice but to provide professional care; Oyo State and the university teaching hospital both engaged in combat and successfully overcame the pandemic.”

“I want to express how grateful we are for the university hospital on behalf of Governor Seyi Makinde. The Oyo State Government’s policy is that by working with an organization like this, we can guarantee the citizens’ good health.

“We are supporting and encouraging the expansion of health centre.

The acting Governor, who was in company of his beautiful wife, Ajibola Lawal, praised Prof. Ade Fatai Adeniyi, professor of physiotherapy and deputy provost of the College of Medicine at the University of Ibadan, for his outstanding feat in his chosen field, described him as a goal-getter who takes his academic work very seriously just like the way he takes local activities and added that he is currently the president of kishi progressive unions.

He declared that he would always be grateful to Governor Seyi Makinde, who, in two months, made him his running mate, deputy governor, and now acting governor.

“One thing that is really nice is that within two months, I went from being governor Makinde’s running mate to acting governor. I will always be grateful to His Excellency Seyi Makinde for the kindness shown to me.”

Earlier in his keynote address, Prof. Ade Fatai Adeniyi called People’s attention to the idea of physical activity as it has a profound impact on health, as well as on the economy and way of life.

Adeniyi shed some light on why everyone must start viewing physical activity as an investment and the necessity to use all investment concepts in his speech, “Reaping The By Product of Investment: The Gains Of  Sustainable Physical Activity In A Depressed Economy.”

Even though it is commonly known that people can gain a lot from investments if they are successful, it was maintained that making investments now will improve one’s quality of life in the future.

He personally requested that the Nwuga Physiotherapy Foundation be seen as a commercial centre, with physical activity being one of the core investments taking place in the business centre.

Among those also present at the annual lecture include the Oyo Deputy Chief of Staff, Hon. Commissioner for Education, Science and Technology, Chairman, Hospital Boards Management.