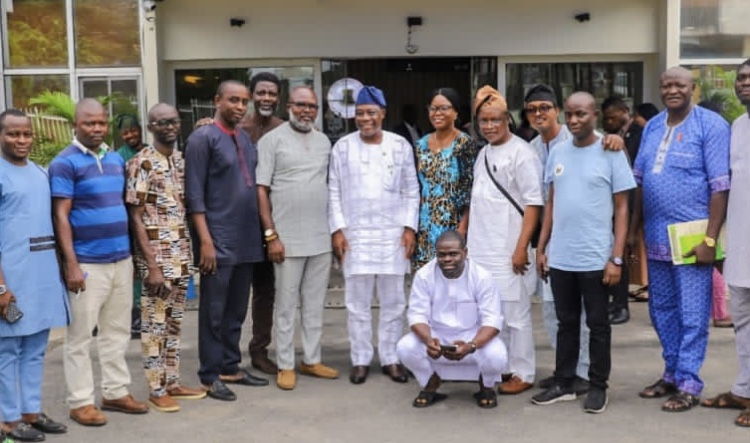 He also urged them to always ensure they publish verified information and balancing of stories or features.

Lawal said this while recieving representatives of South West Group of Online Journalists SWEGOP at the government secretariat, Agodi Ibadan on Thursday.

“I appreciates the coming together of online publishers as a group which gives rooms for regulations media practices and content..

He assured that the administration of Gov Seyi Makinde will engage the online journalists and urged them to always advise and call the government attention to issues that bothers on wellbeing of the people and development of the state.

” Our doors are open, we will always welcome your ideas and constructive
criticsm.”

Earlier in his speech, the chairman of the group Mr Olayinka Agboola said the essence of the visit is to congratulates Barrister Bayo Lawal on his elevation from to the Deputy Governor

While commending Governor Makinde led administration on what he has achieved so far in terms of provision of infrastructures, especially the remodelled Lekan Salami Stadium, Motor Parks and road construction,Mr Agboola said the government should look into enviromental issue and security challenges in the state.

“We are not oblivious of the fact that the Federal Government has its giant share of the blame, Engineer Makinde’s government still needs to be more pragmatic in this respect,” Agboola noted.