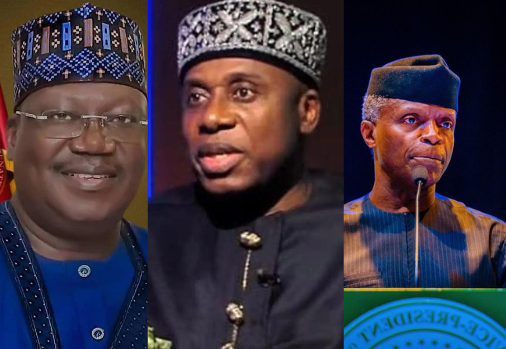 Twenty-two former presidential aspirants of the All Progressives Congress (APC) are to unite for the party’s presidential standard bearer, Asiwaju Bola Tinubu, it was learnt yesterday.

They have scheduled a meeting for next Wednesday in Abuja to strategise on how Tinubu will win the February poll next year.
Their decision to rally behind the party’s candidate is coming about six months before the election slated for February 28, 2023.

The decision also came on a day Yobe State Governor Mai Mala Buni inaugurated the Tinubu Presidential Campaign Office in Damaturu, the state capital.
One of the aspirants, Dr. Nicolas Felix, dropped the hint in a statement issued yesterday by his Media Office in Abuja.

The statement reads: “The special invitation to the strategic meeting of all 2023 APC presidential aspirants, which will be held at Transcorp Hilton in Abuja, on Wednesday, August 31, 2022, by 2 pm is to brainstorm on adopting winning campaign strategies that will carry every Nigerian along and address the challenges bedevilling our country.”
Expected at the meeting are Vice President Yemi Osinbajo, former ministers Rotimi Amaechi (Transportation), Ogbonnaya Onu (Science and Technology), Chukwuemeka Nwajiuba (Minister of State for Education) and Godswill Akpabio (Niger Delta Affairs).

Twenty-three aspirants jostled for the APC presidential ticket Presidential Primary/Extra-Ordinary Convention at Eagle Square from June 7 to 10.
Tinubu polled 1,271 votes to clinch the APC ticket. He was trailed by Amaechi and Prof. Osinbajo who scored 316 and 235 votes.