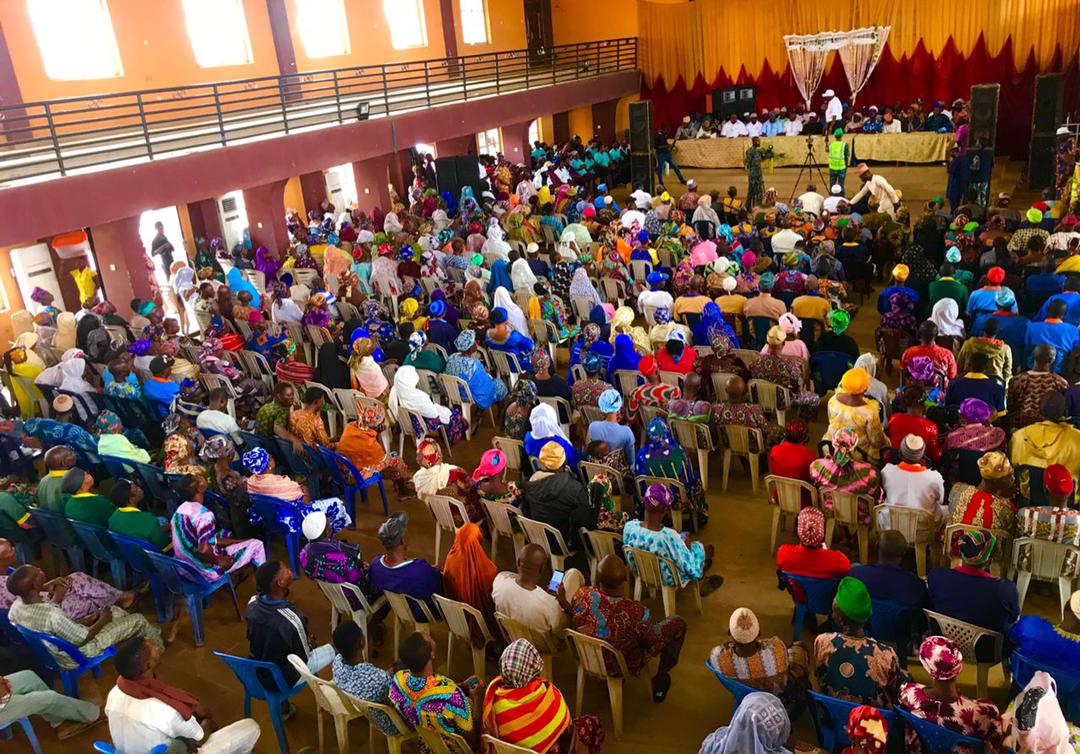 An amalgamation of traders across major markets in Ogbomoso zone, Oyo state, has passed a vote of confidence on Governor Seyi Makinde, endorsing his second term bid, MOUTHPIECE NGR reports.

The traders, who gathered at Town Hall, Oja Igbo on Friday, said that the endorsement is in appreciation of the state government’s business policies and infrastructure development, which support their trades.

They insisted that the endorsement is a sign of widespread support for his administration’s initiatives to expand Oyo state and boost the reputation of the state for good governance.

The acting governor of Oyo state, Barrister Bayo Lawal, was represented by the commissioner for information, Hon. Wasiu Olatunbosun, who praised the traders in Ogbomoso for their support for Governor Seyi Makinde re-election.

He said that the ceding of LAUTECH to Oyo state including free education, free book, primary health center across all local government and primary health care and Omituntun free health nation every three month are part of the Governor’s fulfillment in 2019.

Olatubosun went on to mention many roads that were being built throughout Oke Ogun, including Fapote to Iseyin, Under G Road, numerous roads in Ibadan, and the light up Oyo.

He continued by saying that the governor has been taking care of pensioners and paying their gratuities despite the challenging economic conditions the federal government had put the nation through.

He expressed his sympathies to the victims’ families in Ogbomoso and emphasized that Governor Seyi Makinde would continue to increase the security of the state by giving bulletproof vests and other firearms to the neighborhood security group known as Amotekun.

In his remarks, the PDP candidate for Oyo North senatorial district, Hon. Akinwale Akinwole urged the traders to keep supporting Governor Makinde. He also asked rotary clubs and Ogbomoso Parapo to join in the campaign for the continuous development of Ogbomoso zone.