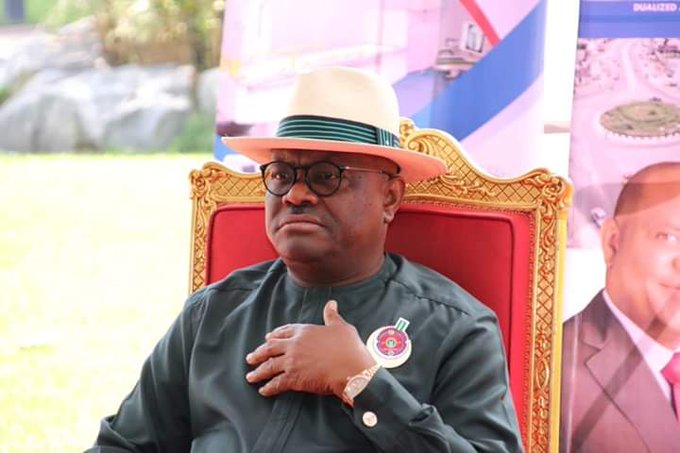 Governor of Rivers State, Nyesom Wike on Monday, commented on the crisis within the Peoples Democratic Party (PDP), reaffirming that nothing has happened yet but “something will happen” soon.

The Governor who has been in a cold war with the presidential candidate of the PDP, Atiku Abubakar over the result of the presidential primary election, made this revelation during the flag-off of Eneka Internal Roads in the Obio-Akpor area of the state.

According to the governor, nobody can issue him threat over any action he desires to take, stressing that he would do what is right no matter the “gang up” against him.

Wike said, “Anybody who knows me knows that once I have made up my mind and I believe that what I am doing is right, if you like, let the whole people team up, as far as my conscience is clear, I will do what is right at all times; It doesn’t matter any gang up.

“All of us should be calm; you’ve heard what is happening in PDP. Nothing has happened yet but by the grace of God; something will happen.”

Wike and his loyalists in the main opposition party had tabled their demands that the resignation of the PDP national chairman, Iyorchia Ayu would be the condition to restore peace to the party.