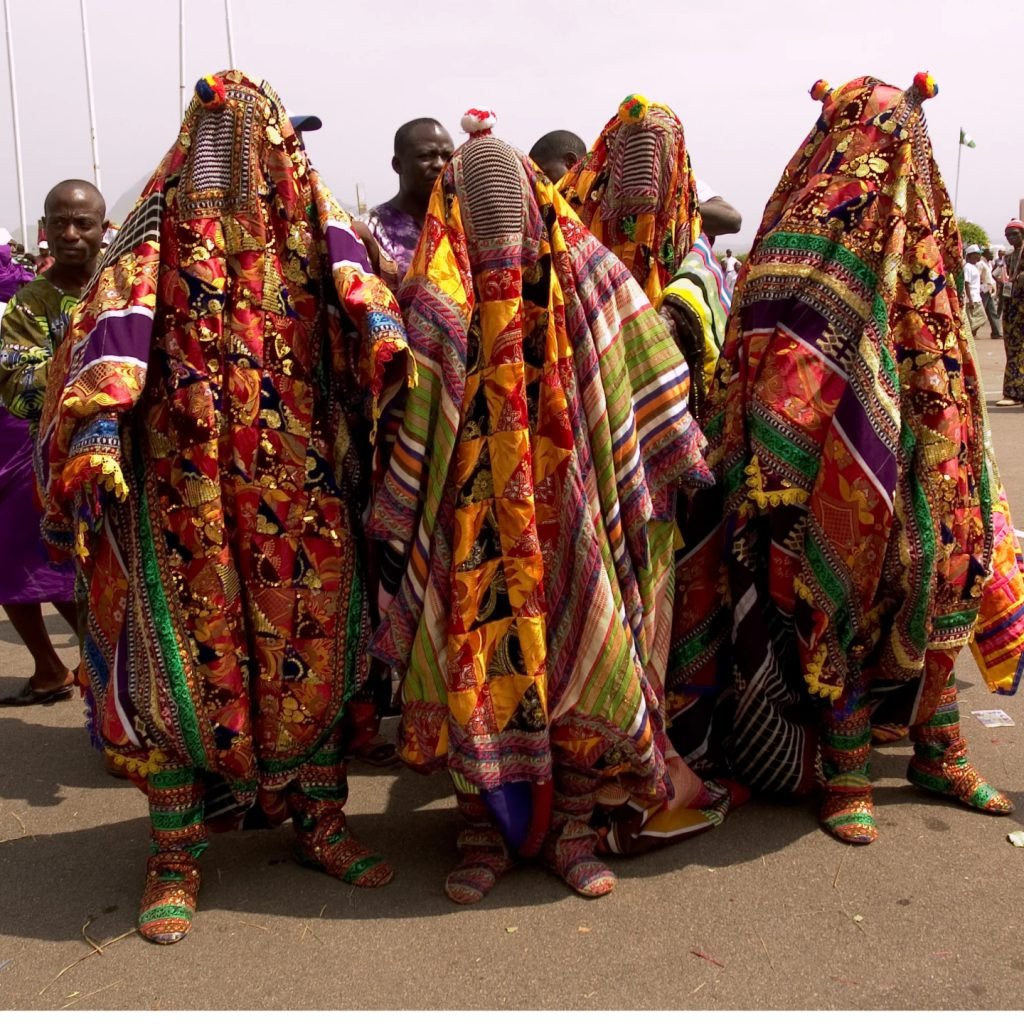 MOUTHPIECE NGR reports that masquerades are no longer allowed to participate in any electioneering campaign in the country.

This is penned in the new Electoral Law 2022 which has been signed by President Muhammadu Buhari.

In previous elections, masquerades were usually sighted during campaigns across the country.

Some masquerades were decorated with the logos of political parties the masqueraders were backing.

This culture of making use of masquerades for electioneering campaigns was mostly common in the Southern Nigeria and some states in the North Central of the country.

But, the new Electoral Law, has however forbidden the presence of masquerades during electioneering campaigns.

Section 92 (4) of the new Electoral Law reveals that no candidate or aspirant should make use of masquerades for any purpose during campaigns.

“Masquerades shall not be employed or used by any political party, aspirant or candidate during political campaigns or for any other political purpose,” it is clearly stated.

The law also reveals that any candidate or aspirant who works against this law commits an offence and risks a maximum fine of N1,000,000 or imprisonment for a term of 12 months.

The section, titled, ‘Prohibition of Certain Conduct at Political Campaigns’, also reveals that “Places designated for religious worship, police stations, and public offices shall not be used for political campaigns, rallies and processions or to promote, propagate or attack political parties, candidates or their programmes or ideologies.”

It has warned against the use of slogans or campaign materials tainted with abusive language directly or indirectly likely to injure religious, ethnic, tribal or sectional feelings.

Section 92 states further that, “A political party, aspirant or candidate shall not keep or use armed private security organisation, vanguard or any other group or individual by whatever name called for the purpose of providing security, assisting or aiding the political party or candidate in whatever manner during campaigns, rallies, processions or elections.

“A political party, aspirant or candidate that contravenes any of the provisions of this section commits an offence and is liable on conviction – (a) in the case of an aspirant or candidate, to a maximum fine of N 1,000,000 or imprisonment for a term of 12 months; and (b) in the case of a political party, to a fine of N2,000,000 in the first instance, and N1,000,000 for any subsequent offence.”