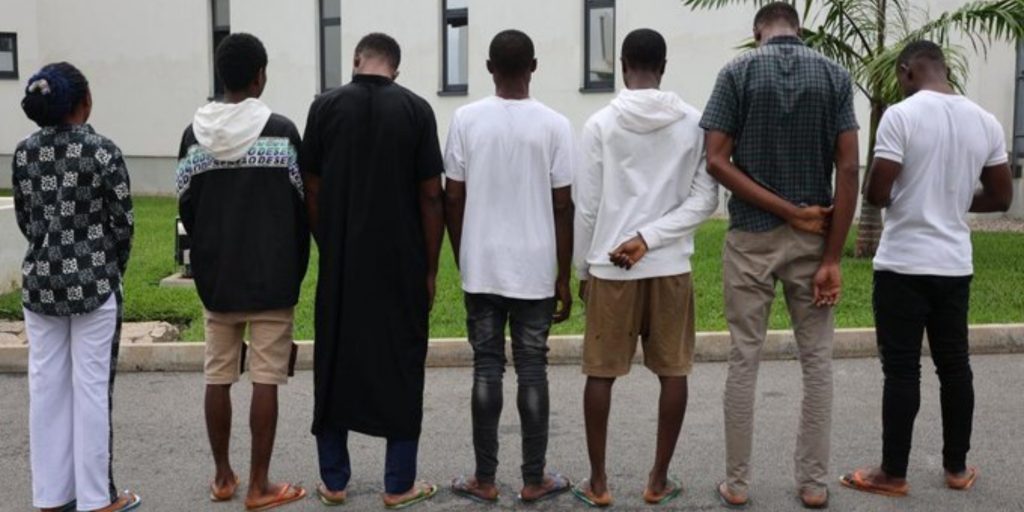 Men of the Economic and Financial Crimes Commission, EFCC, have apprehended a syndicate of seven suspected internet fraudsters in the FCT, the country’s capital.

The commission has via a statement issued on Twitter, said the suspects were caught on August 12, 2020, in a sting operation at Tunlapal Estate, Kurudu, Abuja.

The anti financial crime agency has recovered items such as mobile phones and computer devices from the suspected internet fraudsters.

The anti-graft agency added that the suspected Internet fraudsters will be arraigned in court as soon as the investigation is concluded.