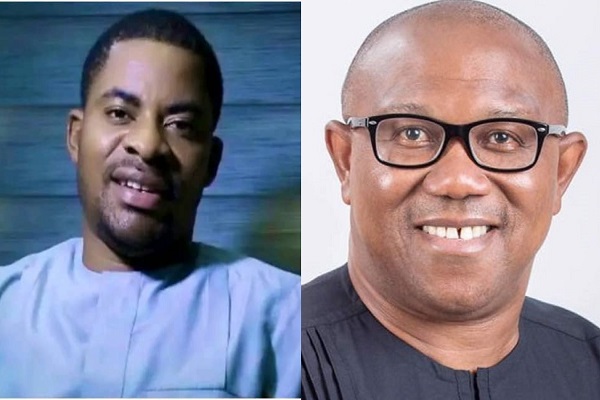 Adeyanju recently placed a bet of $10000 that Obi will come third in the forthcoming general election, It was the second time the former Governor of Anambra State met with Wike after dumping the PDP and declaring his presidential ambition on the LP platform.

Also at the meeting were Benue Governor Samuel Ortom; Abia Governor Okezie Ikpeazu; former Attorney General of the Federation and Minister of Justice, Mohammed Adoke and several others.

Adeyanju accused Obi, who is touted to be the ‘saviour’ of the country, of always meeting with PDP chieftains.

He wrote: “The person they say wants to save Nigeria from corrupt PDP and APC is always running to PDP folks and he doesn’t know they are just using him to catch cruise. That’s why I said the Obidents are PDP Lite. Good thing is February is almost here.”