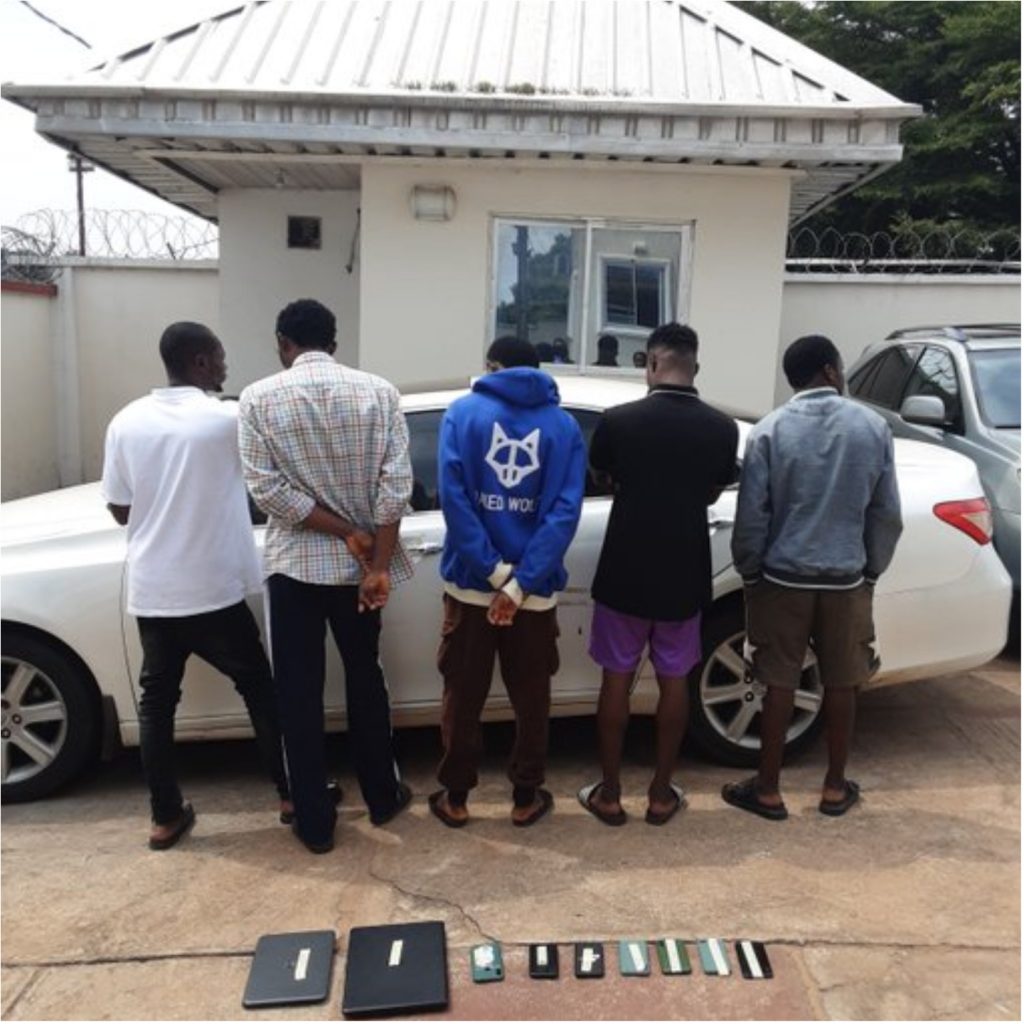 Five persons suspected to be internet fraudsters have been arrested by men of the Economic and Financial Crimes Commission, EFCC, Makurdi Zonal Command.

The suspects were apprehended in a sting operation in Makurdi, Plateau state capital after credible intelligence on their alleged involvement in internet fraud.

The commission has via a statement revealed that, items recovered from the suspected internet fraudsters include 2 Hp laptops, 7 mobile phones, a power bank, charms and several incriminating documents.

”The suspects will be charged to Court as soon as the investigation is concluded.” the statement added.