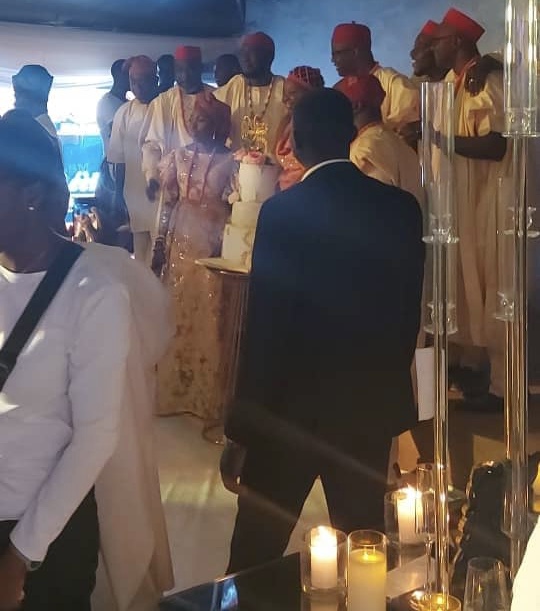 MOUTHPIECE NGR reports that Governor Seyi Makinde of Oyo State on Saturday felicitated with the mother of Mr. Abiodun Oni, the Oyo State Commissioner for Environment, Mrs Felicia Adaeze Modupe Oni, on the occasions of her 75th birthday anniversary.

Makinde who described Mrs Oni as his second mother at an elaborate party held in Agodi garden, commended her for bringing happiness and joy to so many people within and around her.

He narrated how she took care of him during his school  days at Bishop More Academy, saying Mama is just liberal as she oftentimes overlook their flaws.

According to him, in 1979, when my parent Separated, I met Abiodun in school, and then he took me home to meet mummy. At that time, I was looking for a united family. A family that can take me in as both parent. And I became the first born of the family. So, from 1980, Bishop More Academy, we finish from school, we go home and eat.

“Mama gave me family love. Once mama is done cooking, I will collect my own food first. So well like that until 1995 when we lost popsie.”

“Every holiday, we go to Ilorin, we go to Igbeti. Mama take care of all of us. Though she didn’t give birth to me biologically but she’s also my mother”.

“People may think that 1979 is just a number, but with the age bracket, you can imagine the kind of life with that particular time.“

The governor who recounted how he was scared when Mr Oni passed away, said he was thinking they will also lose mama too because they were best of friends.

He said Mama was so exceptional to him, praying to God to grant her many years of service to the family and everyone.