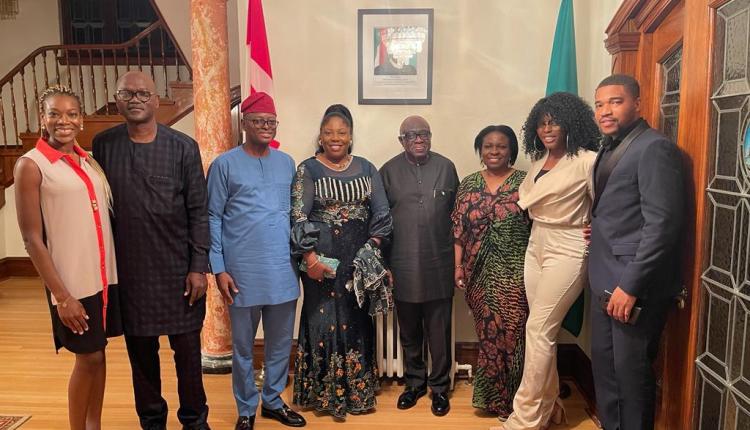 The Oyo State Commissioner for Public Works, Infrastructure and Transport, Professor Kehinde Sangodoyin has called on the Canadian government to partner with the administration of Governor Seyi Makinde in his resolve to re-engineer a modern Oyo State.

Professor Sangodoyin disclosed the readiness of the state government when he paid a courtesy call to Ambassador Adeyinka Asekun, the Nigeria Ambassador to Canada. The meeting was held at 470 Minto Place, Rockliffe Park, Ottawa.

The Honourable Commissioner while discussing Governor Makinde’s Road Map for Accelerated Development 2019-2023 harped on the need for the Canadian government to collaborate with the present administration on Infrastructure development and Agribusiness.

He added that the Oyo state government has provided conducive environment for businesses to thrive noting that the government has continued to invest on various developmental projects that have direct economic impacts on the citizenry.

In his remarks, the Nigeria Ambassador to Canada, Adeyinka Asekun appreciated Professor Sangodoyin for the visit and promised to convey the request to appropriate authority.