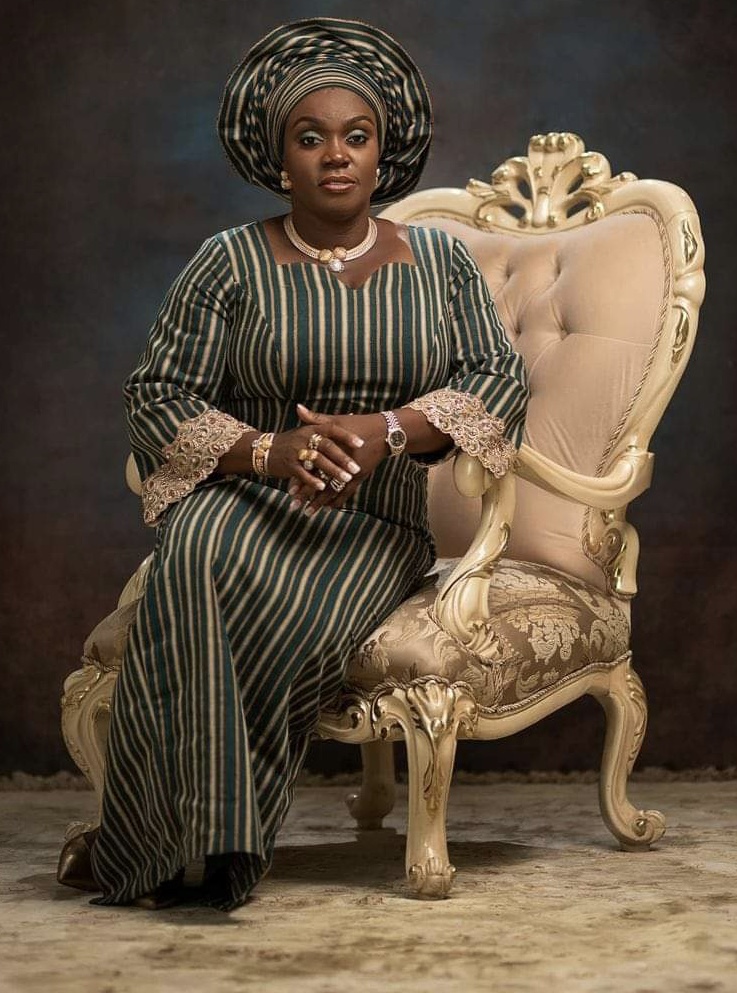 The Oyo state chapter of the People’s Democratic Party (PDP) celebrates wife of the state Governor and First Lady of Oyo state, Engr. (Mrs.) Tamunominini Olufunke Makinde on the auspicious occasion of her 50th birthday today.

The party described Mrs. Makinde as an uncommon First Lady and a rare gem worthy of emulation by all.

According to a statement by the ruling PDP Spokesman in Oyo state, Akeem Olatunji, the party explained that Mrs. Makinde has through her simplicity and approach to public life displayed uncommon leadership traits peculiar to very rare people.

Justifying this statement, Oyo PDP noted that other governor’s wives from other states across Nigeria are known for open show of power and might using the office of the First Lady to amass unjustifiable influence and affluence for themselves stressing that Mrs. Makinde has proved that she is a great woman of uncommon enviable class.

The party said, many people across the state sometimes marvel at the level of simplicity by Mrs. Makinde being the First Lady of Oyo state adding that she continues to live her normal life like every other Nigerian even in the face of great influence and affluence.

While celebrating Mrs. Makinde’s attainment of what was described as a golden jubilee, the party said the state is blessed to have witnessed the era of the First Lady stressing that her simple life I public office has continued to save the state lots of resources used for critical sectors of the state’s economy.

“We as a political party and as the ruling party in Oyo state celebrate our mother, sister, and Amazon of great repute. The life of Mrs. Makinde, wife of our God sent man, will no doubt go down in history as one with the best disposition to public life amidst great influence and affluence.

“Mrs. Makinde has no doubt been a great asset to not just our father and leader, Governor Seyi Makinde but also Oyo state as a whole. We hope and desire that her light continues to shine brighter.

“It is no news that like her husband, the executive Governor of Oyo state, Mrs. Makinde is also a great Engineer of international repute and has continued to manage both her private and public life in such manner that we have never witnessed before in our history as a state.

“She’s indeed a woman of great substance, uncommon class, a rare gem and a worthy ambassador of womanhood. She is truly an embodiment of a virtuous woman worthy of emulation by all.

“We pray that God will continue to keep and protect her to live to the fullness of her age in good health and sound mind even as she continues to provide selfless services to mankind. We wish her a 50 hearty cheers and a happy birthday and welcome her to the golden jubilee club.