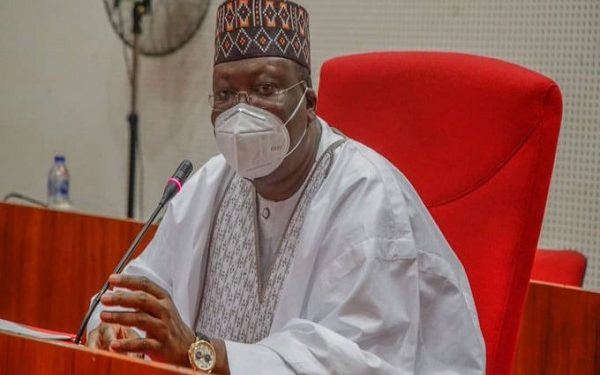 The presidential candidate of the ruling All Progressives Congress, APC, has informed the Senate President, Ahmad Lawan, that he can now proceed to lick his wounds.

The national leader of the party made this revelation while delivering his victory speech after he was announced the winner of the party’s presidential primary election.

The former Governor of Lagos state said he was a little bit agitated that the Senator Lawan contested the highest political seat with him.

He however hailed the senator for being cool-headed and doing his best service to the nation in the red chamber.

“I’m a little agitated that you contested against me, but thank you, you can now lick your wounds.”

Tinubu has garnered 1,271 votes to beat his closest contender, Rotimi Amaechi, who got 316 votes.