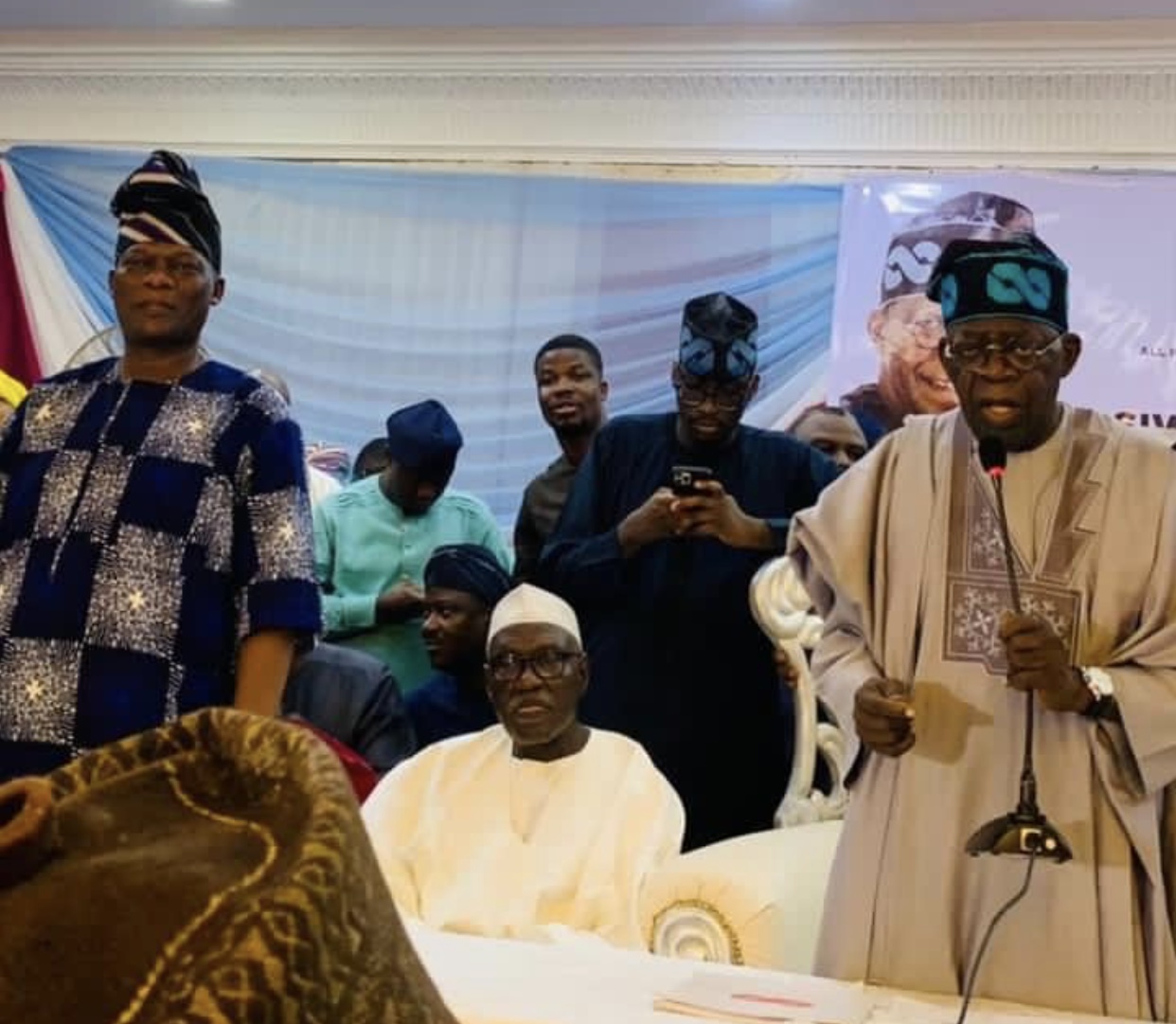 Mouthpiece NGR reports that Tinubu issued this statement on Thursday when he visited Oyo state to woo delegates ahead of the party presidential primary election.

Our correspondent who monitored the event observed that everyone in the hall were silent and nodding heads when Asiwaju Bola Ahmed Tinubu issued the statement.

The former Lagos governor said he is in support of the decision of majority party members who elected the three term senators as the All Progressives Congress, APC, as the party’s candidate.

He urged them to reconcile themselves ahead of the election, saying that he would come back to talk to the aggrieved members on the need to shealth their sword.

He said he was going back to raise the hands of Folarin and campaign for him, advising Folarin to go back to pacify the aggrieved.

However, in his reaction, Senator Folarin said “Asiwaju will not agree that we will contest and not win. Baba will make sure we win OYO State back to the progressive.”

According to him, Asiwaju owns Oyo delegates.

He promised to show it in presidential primary Election result.