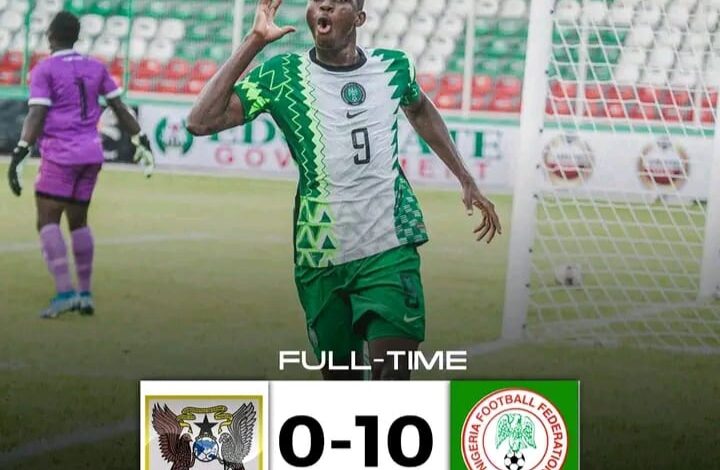 Victor Osimhen scored four goals and made two assists to help the Super Eagles of Nigeria to defeat Sao Tome and Principe 10 – 0 in Match Day 2 of the Africa Cup of Nations (AFCON) qualifier.

Osihmen opened the flood gate in the 9th minute before setting up Moses Simon and Terem Moffi in the 28th and 43rd minutes respectively to make it 3-0 going into the break.

He added his second for the day in the 48th minute before completing his hat trick in the 65th minute of play.

The Napoli striker netted his fourth in the 84th minute to make it five goals in the qualifiers already.

The Super Eagles have now garnered six points from two games in the qualifiers to top Group A ahead of Guinea-Bissau’s clash with Sierra Leone later in the day.

Next for the Super Eagles is a double header with Guinea-Bissau later in the year.