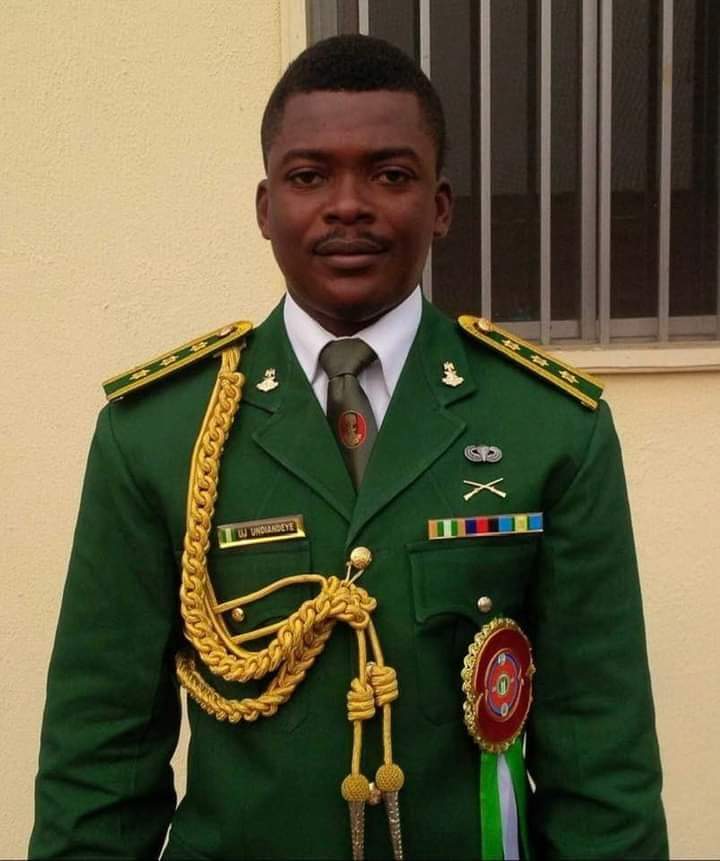 It was reported that Major Udiadenye committed suicide in Kaduna State as he was being investigated by the army.

Brigadier General Onyema Nwachukwu, Director of Army Public Relations, has via a signed statement disclosed that Udiadenye had “an unblemished career” and was “never court-martialed” before his death.

He disclosed that the deceased who sadly took his own life, was not even prepared to face any disciplinary process.

The statement partly reads, “The Nigerian Army (NA) has observed an obnoxious insinuation making the rounds on social media, alleging that late Major Udiandeye Jeremiah Udiadenye, terminated his life through suicide because he was being interrogated or investigated by a military court-martial in 1 Division, Kaduna.

“Having lost one of its finest officers, the authorities of the Nigerian Army feel deeply concerned that unscrupulous persons under whatever guise would employ such sad occurrence to malign their own Army. Nevertheless, for the sake of posterity, it needs be mentioned that the late senior officer had an unblemished career in the military and never needed to face any disciplinary process.”

The army has constituted a Board of Inquiry to identify the nature of his death to forestall a recurrence.

Before his demise, Major Udiadenye was the Commanding Officer of 167 Special Forces Battalion at Giri in the FCT.