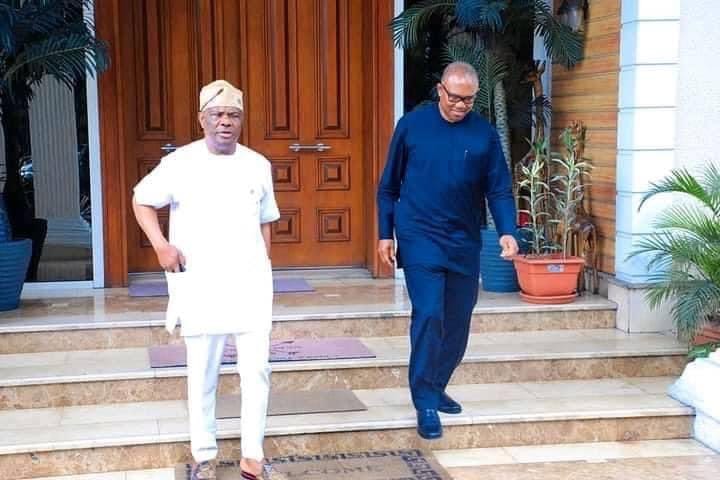 Mouthpiece NGR reports that Nyesom Wike, the governor of Rivers State, and Peter Obi, the Labour Party’s presidential candidate, had a private meeting in Port-Harcourt, Rivers State, on Wednesday.

Following his defeat in the party’s primary elections and failure to be selected as Atiku Abubakar’s running mate, Wike is widely believed to be preparing to leave the Peoples Democratic Party, PDP.

The timing of this meeting coincides with rumors that Obi and his party are in merger talks with Rabiu Kwankwaso, the NNPP presidential candidate.

Political analysts predict that the ruling All Progressives Congress (APC) and the main opposition Peoples Democratic Party (PDP) will have major issues if the merger goes through.

The meeting’s outcome is yet unknown, however it is mostly related to the 2023 Presidential Elections.