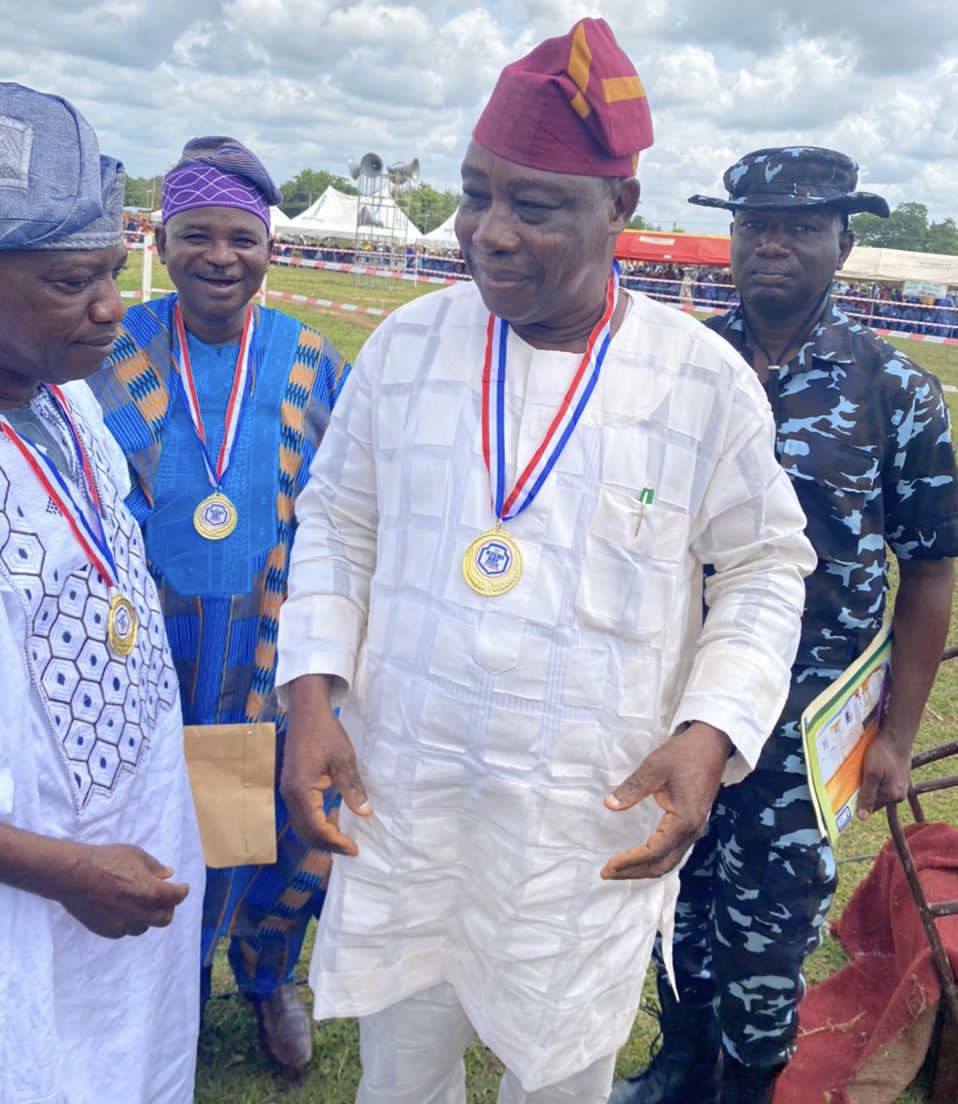 Feelers and observers at the Kishi Day 2022 have described today’s mammoth crowd that joyously welcomed Gov. Makinde’s running mate, Barrister Bayo Lawal as indication of automatic endorsement of his candidature by people of Kishi and the entire Oke-Ogun.

Bayo Lawal who is currently the Executive Chairman of Oyo State Housing Corporation stormed his country home alongside his beautiful wife, Mrs Ajibola Lawal and children to participate at the annual celebration of Kishi Day held at YUMBAS group of schools.

Mouthpiece NGR correspondent reported that the venue of the event, was jam-packed by ecstatic party supporters, who kept hailing the man they love and admire so much.

So much was the surge that the PDP deputy governorship candidate in the 2023 general elections could not hide his joy but to waive at the appreciating gathering for the warmth reception.

He described Bayo Lawal as a man of impeccable character and a doer who is capable to compliment the good effort of His Excellency for better Oyo state.

Oba Aweda highlighted the numerous achievements of Governor Seyi Makinde’s administration, stressing the need for the people of Oke Ogun to show appreciation by reelecting the Governor for a second term.

In his address, Barrister Bayo Lawal who extolled his Excellency Seyi Makinde for his giant stride in the state recounted how he generated TESCOM workers in Kishi and acquiring ambulance for the community.

He stressed by talking about the good works of Governor Seyi Makinde which include the constructions and rehabilitations of roads from Ibadan to Iseyin, Iseyin to Oyo, Iseyin to Ogbomoso, among others.

Mouthpiece NGR gathered that some of his friends made huge donations worth over N3.5 million to commemorate the day.

It was learnt that a PDP chieftain and former Senator of the zone, Baba Koleosho also donated 500k, among others.

Those present at the ceremony include Hon. Shina Peller, Hon. Wolekanle, and host of others.